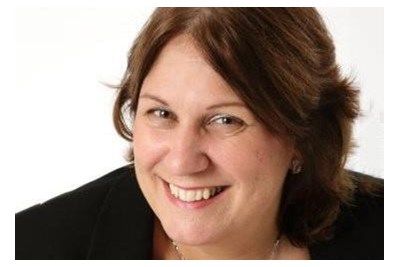 It’s been a bad last week for Google, with staff taking part in a worldwide walkout in protest at the company’s alleged discriminatory treatment towards women, not to mention concerns over racism and bullying.

The final straw appears to be the £69 million payout made to a prominent Google executive despite allegations of sexual misconduct. The firm also revealed it had fired 48 people for sexual harassment over the past two years. though none received an exit package.

This follows the ‘outing’ of Philip Green, the retail mogul accused of inappropriate behaviour. So as #MeToo spreads from individuals to organisations, many leaders will be wondering if their business will be the next to be held to account.

The Google walkout group’s demands are clear and include a commitment to end pay and opportunity inequality and a publicly-disclosed sexual harassment transparency report.

Google is often lauded for a working culture that sees employees ‘enjoy’ on-site gyms, free meals, stunning ‘campus’ offices and the latest technology. But this latest chain of events is testament to the fact that you cannot buy or enforce positive culture – it exists in the heart and head of an organisation.

The walkout also says a lot about how Google’s employees feel about their role in the company, i.e. an ‘us’ and ‘them’ mentality that means workers have to take to the streets to feel heard.

Another view might be that it is precisely the Googles, Facebooks and Twitters of this world that have led to people feeling unable to speak up on issues. Are we becoming people who only feel the courage to speak up when under the umbrella of a hashtag? While any movement focused on equality initiatives should be praised, were the men walking out the same men who looked on while they saw colleagues become victims of sexual misconduct?

While collective action is powerful, it would be interesting to know how many employees, managers and directors have been complicit in playing down inappropriate behaviour or turning a blind eye. Similarly do companies react to known issues only once enough online and social momentum has built?

Either way Google has suffered a PR nightmare over the past few weeks, reaching a pinnacle with last week’s walkout. In the UK such wildcat strikes were made illegal by Thatcher’s government so it’s a serious step to take. Undoubtedly Google’s wildcats were spurred by the knowledge that publicity was their protection.

Reports point to Google having been supportive of the employees taking part in the action and continuing to pay them. Some have praised this support; but did Google really have much choice? In the face of further negativity it had to claw some positive PR from the revolt. It might look like change is afoot, but to reverse a toxic culture takes more than well-written policies and promises.

The technology sector seems to be the perfect microcosm through which to assess the rise and fall of a toxic culture. It's traditionally male-dominated, fuelled by a desire for unrelenting growth with seemingly little regard for cultural and societal impact. So it’s no wonder that Google’s veneer has crumbled.

Many women in this sector have been conditioned to believe that to get on you accept inappropriate behaviours, you have to prove your competence more often than male colleagues, and that you’re judged on looks ahead of skill. Behavioural change is complex, involving a need for both male and female behaviours to adapt (remember that some women have been as judgmental of other women as men).

Proper time has got to be invested in supporting top teams to understand the challenges and feel comfortable and secure in the changes that need to be made. We do not have 50 years for a gradual shift in behaviours. Many companies invest in shallow interventions thinking that change can be achieved in under 60 minutes of through bland training.

In recent months we’ve been approached by numerous companies asking for 15- or 30-minute e-learning solutions to tackle unconscious bias. You’re not going to change behaviours by ticking an e-learning box. Fifteen minutes' e-learning is simply laughable unless it’s just the start of a well thought-through programme.

What will be interesting, will be the reaction of organisations with comparable problems who may also see issues played out in the media. What firms should avoid is navel-gazing. Sexual misconduct may have dominated these headlines but there are damaging cultures and practices continuing to slip under the radar. When it comes to Google, or indeed any organisation, now is the time to take as innovative an approach to culture as to products.