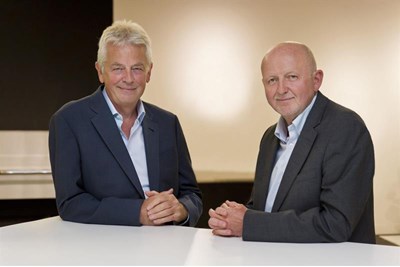 These are fundamental questions for all people-leaders. With the job market becoming more candidate-driven and the world of work changing fast, organisations and the people leading them need to take a long, hard look at themselves.

“Organisations are in trouble and the way they are trying to address these troubles is with band-aid responses,” Goffee, emeritus professor of organisational behaviour at London Business School, tells HR magazine when we meet as part of the HR in the Boardroom programme. “In the book [Why should anyone work here?], we are trying to dig deeper into some fundamental problems with capitalist and bureaucratic organisations.”

“Work is the defining species characteristic,” adds Jones, visiting professor at the IE Business School. “Good work gives you good societies. If people find work alienating, you get dysfunction. “We have an imperative to design authentic organisations, where people can be their best selves and continually develop.”

In the wake of yet another corporate scandal, VW’s emissions cheating revelation, it’s an appropriate time for the lens to shift to the organisation. After all, how can individuals be expected to be authentic and ethical if they are working in a system that implicitly encourages and rewards bad behaviour? “Our last book was triggered by people not trusting leaders,” says Goffee. “Now, people don’t trust organisations. There are increasingly things popping up that surprise people and make them think: ‘What is this place all about? We’ve been mugged.’”

There’s also the fact that, in Jones’ words, “the paradigm has shifted”. With top talent and younger workers moving between companies more freely and the lines of organisational boundaries becoming more fluid with the rise of business models such as open innovation, organisations need to think differently. “It used to be the task of the individual to fit into organisations. Now it’s the task of organisations to be attractive to individuals,” says Jones.

What’s the answer to these big questions? Goffee and Jones offer six areas for consideration, which form the handy mnemonic DREAMS (difference, radical honesty, extra value, authenticity, meaning, and simple rules). Here, they explain how DREAMS could help you create the kind of organisation people will be falling over themselves to work for...

The problem with traditional business views of diversity, in Jones’ opinion, is that they can often lead to it becoming an HR “box-ticking exercise”. “That’s not what we mean by diversity,” he continues. “We mean you can be yourself. Most adults will spend the bulk of their waking life at work. It should be a place where you can be yourself.”

Organisations must actively seek out difference of perspective and experience even if that can make for an uncomfortable atmosphere at times. “One thing is about deliberately attracting different types of people,” says Goffee. “The second thing is encouraging them to express differences. It’s about encouraging ‘good conflict’. You want people banging into each other and resolving it in a way that’s better as a result.”

“Some HR departments are in the business of engendering conformity through appraisal systems, competency models and so on,” adds Jones. “At their worst, HR systems narrow the range and eliminate the interesting characters that are the source of challenge.”

Goffee uses engineering firm Arup as an example of an organisation that deliberately seeks out “people who don’t fit in” and where creativity is viewed as a premium. “The problem with [this approach] is [lack of] co-ordination and efficiency,” he adds. “Sometimes it takes a bit longer to get everyone on board and get people who are wildly different from each other working well together. [Arup] thinks it’s worth doing because in the end they can build the Sydney Opera House through nurturing those differences. But don’t expect that to be cost-free.”

This one is simple. Goffee sums it up: “Tell the truth before someone else does – or social media will.” And truth-telling is not about spin. “We need to break out of the spinner mode of thinking because there’s a real advantage in telling the truth early,” says Jones.

Jones brings up the banking crisis as an example of why telling the truth “is an absolute imperative, in a world of social media, Wikileaks and FOI requests”. “Did [board members and senior leaders at banks] know that LIBOR had been fixed? Either they did and they kept quiet, or they didn’t and were incompetent. Either answer is unacceptable.”

While Goffee concedes there are many “honourable reasons” for not sharing, such as fear of losing competitive advantage and paternalistic employers who think they are protecting their employees from bad news, he quotes Google chairman Eric Schmidt’s view that “your default mode should be to share everything”, apart from what is prohibited by law or regulation. “Proactively sharing is better than reactively sharing,” he advises.

Extra value: build on their strengths

“We’ve known for a long time that people who enjoy their work are more productive. So why do some organisations go out of their way to make work unpleasant?” asks Jones. His and Goffee’s thesis is around making people happier in the workplace by adding value to both their personal and professional development.

“Stop focusing on the elites in terms of development,” advises Goffee. “And think more broadly about what development looks like. Think of it as something to do with the individual’s skills, aptitudes and abilities.”

That could mean, as Waitrose does, investing in helping people to learn something they are passionate about but is not directly related to their job, such as playing an instrument. It means focusing development across the organisation, not just on a group of ‘high-potentials’, helping “weaker players” to grow as well as your “star employees to shine”. And it means a recognition that adding value to people as individuals will have a knock-on effect on generating value as an organisation.

Authenticity: Stand for something real

The word ‘authenticity’ is being thrown around a lot at the moment, but glance at a set of organisational mission statements or values and you’d be forgiven for often not being able to tell one from the other. In defining authenticity, Goffee and Jones’ research came across three characteristics which differentiate what they would call authentic organisations: they possess a sense of identity; they obsessively live their values; and their leaders model the organisation’s values.

It also means a healthy respect for heritage and the future, adds Goffee. “It’s a glance backwards at where the organisation has come from,” he explains. “The dictionary definition of authenticity is ‘of undisputed origins’. The moment you start thinking about roots or origins, you realise these are important in terms of determining what kind of place the organisation is. Then think about where you’re going. Where did you come from and what’s the purpose?” Once you have that, stick to it. As Goffee says: “It’s the endless rewriting of mission statements that’s the problem.”

Having heritage and storytelling around origins doesn’t necessarily mean you have to be an old organisation either, points out Jones. “Apple has origins. If you talk to old Apple executives, and they do exist, they will tell you about the prototype of the Macintosh.”

For Jones, one of the best examples of an organisation with true authenticity is Danish pharmaceutical multinational Novo Nordisk, whose CEO Lars Sørensen recently topped Harvard Business Review’s ranking of the world’s best-performing CEOs.

“If you stopped somebody who packs insulin on a Novo Nordisk manufacturing site and asked what the company is for, they would say: ‘Changing diabetes.’ They wouldn’t say it like they are parrots. They’d say it because they mean it,” Jones explains. “The ‘Novo Nordisk Way’ was given complete attention by the top team. It wasn’t delegated; it wasn’t an HR initiative. It’s top-down and bottom-up, and while it’s not iterative in the sense that it changes all the time, it is in the sense that it is a living thing. [The world of diabetes] changes, but the purpose remains.”

Goffee says: “There are libraries full of research on the meaning of work and a lot of it goes down to the granular detail of individual jobs. Quite a lot of people, even in the most mundane jobs, can eke meaning out of them. It’s not really the individual jobs that are the problem, it’s the organisation, everything that surrounds [the jobs].”

To make work meaningful, Goffee and Jones talk about the ‘three Cs’: connection, community, cause. Goffee explains: “Often the problem comes with connecting what you’re doing to what everyone else is doing, and to the purpose of the organisation. Most organisations are so complex and people don’t bump into customers or see the outputs. Those kinds of connections are poorly made.”

This is where HR can make all the difference, doing what Jones terms as “organisational wiring”, and ensuring individual jobs are connected to the wider organisation and the other people within it. “HR has a fantastically important role in making connections between these parts of the organisation, between jobs and, ultimately, outcomes,” says Goffee.

The line manager also has a role to play here, in sketching out what Goffee calls the “strategic staircase” and explaining connections. “It’s saying: ‘here’s the vision, here’s the goal, here’s the purpose, here’s your job’,” he says. “How do you connect what you’re doing to the strategic rationale of the business? Then the issue is to empower people to climb the staircase. Managers need to be in the business of communicating the nature and the logic of the staircase, the steps in it, and empowering people to climb it.”

However, simplification doesn’t mean anarchy. There’s a clear difference between “systematisation”, which is both positive and necessary, and “bureaucratisation”, which is neither. “Systematisation is when you know what the rules are for, and when you’ve got an organisation with 150,000 people, you need to be systematic,” explains Jones. “It’s not the same as being bureaucratic, which is when you don’t know what the rules are for.

“This is not a plea for organisational anarchy. It’s a plea for a simplified rule environment, where there are fewer rules that we all agree about and understand.”

On the tendency of some HR departments to get overly wrapped up in rules and policies, Jones says: “Rules are safe. If something goes wrong, you say: ‘there was a policy in place, we are in the clear’. And rules makes you feel like you’re important. It’s quite hard to say ‘we are going to give people more freedom’.”

So, what does this mean for HR?

“HR ought to be the prime social architects,” says Jones. “[HRDs should be thinking:] ‘How do we build this organisation that will give us sustainable competitive advantage?’” “HR could be vital in the three Cs of connection, community and cause,” adds Goffee. To achieve this, Jones feels HR professionals need to focus on improving their organisational development skills, and Goffee advises looking at your “situation-sensing skills” and exploring every part of the business.

Of course, it’s not all down to HR, and the macro issues of a capitalist system obsessed with shareholder value cannot be solved by HRDs alone. But, as Jones says, the movement towards more conscious capitalism suggests “capitalism is remaking itself”. “We do need organisations,” he adds. “Good work gives you good societies, gives you healthy individuals.” “And clearly,” Goffee concludes, “that’s what good HR can do.”