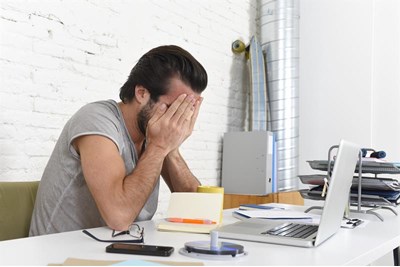 Some companies pressure freelancers into working unpaid or for low rates, prompting a race to the bottom

The gig economy could be breeding a sense of entitlement among businesses, according to research from payment gateway Approve.io.

The research found that 70% of the 1,009 freelancers surveyed say they’ve been asked to work for free in the last 12 months. One in 20 (5%) freelancers said they had been ‘ghosted’ by a client; meaning the client cut off all communication without explanation.

These problems were a significant cause of anxiety. Of the 49% of freelancers who have suffered from work-related anxiety this year, 75% said this was caused by client conduct, with late payment, unreasonable requests and asking for free work among the examples.

Being pressured to work for nothing was significantly more likely to affect younger people, with more than a quarter (28%) of freelancers aged 18 to 24 who suffered from client-driven stress citing this as their top cause for anxiety.

Cary Cooper, 50th anniversary professor of organisational psychology and health at the University of Manchester's Alliance Manchester Business School, said being asked to work on spec represents a no-win situation for freelancers and their mental health.

“I think this is a serious problem,” he said. “It’s natural for freelancers to look to build relationships with potential clients, and working on spec is tempting when the client dangles the carrot of future commissions. But it rarely works out the way the freelancer expects and it can lead to a broad lowering of demand for experienced, but comparatively expensive, professionals."

He added: “Some businesses, especially those in glamorous or competitive industries, do suffer with a sense of entitlement. They appear to believe that having their name on your portfolio is payment enough for a young inexperienced freelancer."

Charlotte Whelan, who co-ordinated the Approve.io study, warned that businesses and freelancers will both suffer if freelancing becomes a race to the bottom.

“Aside from the ethics of requesting free labour, businesses are doing themselves no favours by attempting to get work done on spec,” she said. “Our study has shown that this sort of conduct could be driving freelancers away from independent employment and into traditional employment. Bad news for lots of us.”