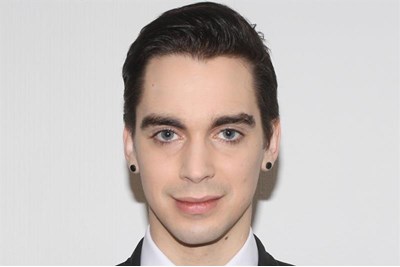 Stereotypes about generational differences are one of the most popular, enduring, and often socially-accepted misconceptions in the workplace.

Myths about Millennials, who will soon be entering their forties, still focus on the tired trope around younger workers. Some claim that these younger workers are more focused on extrinsic values like praise and recognition and tend to have lower work ethics and job satisfaction.

The discussion about generational differences often focuses on Millennials and overlooks older workers, with the Baby Boomer generation often getting tarred with unhelpful stereotypes linked to their age and stage in life.

The questions for HR

The question for HR practitioners is typically framed as ‘what is the best way to manage these different generations?’ However, this question often overlooks the more fundamental issue that the question is predicated on: ‘Do generational differences exist in any meaningful form?’

The question should also only centre around work-related factors such as motivation, workplace attitudes, values, job satisfaction. Differences in hobbies, recreational activities and factors unrelated to work do not have a great significance on outcomes in the workplace.

While there is extensive high-quality research on generational differences, it overwhelmingly suggests that these stereotypes are myths. A recent study by Cucina and colleagues of more than 40,000 workers across diverse fields, found that there are little to no significant differences between generations on factors including workplace attitudes and job satisfaction. The researchers found that 98% of the variation actually occurred within generational groups instead of between them.

Similar findings came out of research into the Millennials myth from Parry and Urwin. In a comprehensive study of factors such as workplace values, job satisfaction and organisational commitment, they concluded that ‘meaningful differences among generations probably do not exist’ and explained that any differences were explained by factors other than age.

Researchers Ng and Feldman identified the most common myths about Baby Boomers as: they are less motivated, they don't participate in training and development, they are less open to change, are less trusting, have poorer health, and have more demands related to work/life balance. They conducted a large meta-analysis including data from more than 200,000 people and concluded that there is little to no evidence to support any of these assumptions about older workers.

Stereotypes about workers based on age are not just inaccurate, they can also be extremely harmful. Believing poor or inaccurate assumptions can ultimately lead to bad decision-making, while designing HR policies or management strategies around supposed generational differences means they end up being based on false assumptions. All of which can be counterproductive.

There is, however, one consistent finding among all the research surrounding generational difference myths: when workers are unfairly stereotyped, their engagement with work and job satisfaction suffers.

Read part two of this series, covering one very important factor where generations can differ in the workplace, tomorrow.