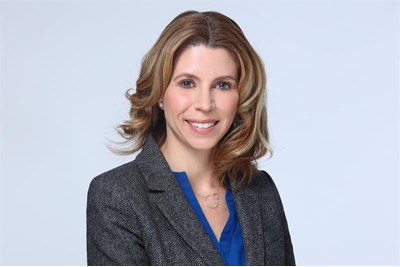 Career progression, flexible working, and empowering women are all key areas to focus on

As the second round of gender pay gap reporting draws to a close, with the final deadline for private firms 4 April, the news isn’t good. Every sector to have reported so far is continuing to pay its male employees more per hour on average than female employees, with 40% of private firms reporting wider gaps than they did last year.

HSBC’s already large gender pay gap of 59% has increased even further to 61%, meaning women employed by the bank earn just 39p for every £1 paid to male colleagues.

At the current rate of progress the World Economic Forum predicts that it will take another 217 years for women to reach parity with men.

Given the many things employers can do to address the issue this is simply unacceptable. Going forward, much more needs to be done to address three underlying factors:

Critical to accelerating our ability to address the pay gap is understanding which factors can be easily addressed and which cannot. For example, rectifying that males earn 8% more than their female peers just one year after university will take some time to address, due to the time taken to encourage more schoolgirls to study STEM subjects that lead to better-paid careers.

Much easier to address is the extent to which the pay gap unnecessarily widens even further, to 14% just five years after university, when young men are given more opportunities for promotion while young women start to face barriers to career progression.

Barriers include a third of employers avoiding hiring women who they ‘fear’ might start a family soon, and social prejudices that place the overwhelming majority of domestic and care responsibility onto women. There's also flexibility stigma, which assumes that people working part time or from home are somehow less ambitious or committed. All this hinders women from progressing into more senior roles, causing the overall pay gap to increase even further to around 18%.

Going forward it is these barriers to career progression that need to be prioritised to speed up any effort to close pay disparity.

Forward-thinking employers are now recognising the importance of de-stigmatising flexible working by making ‘family-friendly’ practices available to all employees. Almost a third (30%) of the Sunday Times' Top 20 Big Companies to Work For now offer school-hours contracts to all employees.

This is particularly important to reducing the pay gap because it’s only once everyone feels comfortable working flexibly, and men feel just as able to help out with childcare, eldercare and domestic responsibilities, that the apparent discrimination against women (who have traditionally had to flex their hours to fulfil these roles) will disappear.

At present, even though 59% of people say flexible working is the most important criteria when looking for a job, research by Deloitte shows almost a third of flexible workers (30%) feel they are regarded as less important, and 25% believe they were given fewer opportunities than colleagues who work conventional hours. A quarter believe they have missed out on a promotion.

Essential to improving the situation is eradicating unproductive presenteeism cultures by putting in place clear performance criteria and assessing people by the work they’re doing, rather than the hours they’re putting in.

3. Empower women to speak up

According to the Equality and Human Rights Commission, women returning to work after having a child are more likely to face discrimination than they were 10 years ago, with three-quarters of women saying they found it harder to progress in their careers after having a baby.

By coaching maternity returners to have a properly-informed conversation with their manager about their options for working flexibly and the importance of assessing their work on results delivered, not just hours worked, organisations such as UCL are removing the barriers to career progression that can negatively affect women in particular once they start a family.

Critical to empowering women to have these sometimes daunting conversations is giving them the opportunity to discuss in detail how they will approach their manager, even coaching them to write agendas or role-playing how to ask for flexibility. You can also create support groups and networks that provide much-needed opportunities for female employees to learn from each other about what is and isn’t working, so they can swap ideas for getting the support they need at both work and home to achieve pay equality.