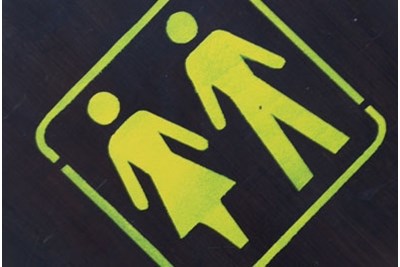 The gender pay gap for full-time workers under 40 has closed to around 1%, although it climbs substantially when part-time workers, who are mostly women, are included, Government analysis that compared hourly pay has revealed.

The department for media, culture and sport’s report, Secondary Analysis of the Gender Pay Gap, monitored trends in pay between 1997 and 2013. It shows the gender pay gap has closed during this period for every age group except those older than 60.

The reason why the median pay gap remains so high is that there is a huge pay discrepancy between men and women at senior ranks and a much larger proportion of women (43.2% compared with 13.7% of men) are in part-time positions, often subject to worse pay and career prospects.

Angela O'Connor, CEO and founder of The HR Lounge and a former HR director within the public sector, told HR magazine she was encouraged by progress in the "equalisation of younger age groups", but was concerned about the plight of part-time workers.

"I think it can become a real ghetto area, particularly for women, and there is a real issue for HR in terms of how different resourcing modes and different models of flexibility," she said.

"My experience in organisations is that managers find part-time workers difficult to manage, they don't like it, and it doesn't follow the same promotion path as full-time working... most part-time work is not part of career progression."

The study also found that pay inequality tends to get worse the more income you earn: 7.2% for workers in the lowest 10th percentile of earnings compared to 23.4% for the highest.

The sector with the highest gender pay gap is skilled trades, such as plumbers and electricians, where the gap in these male dominated industries is up to 30%. Women have more parity in sales, customer services and caring occupations, where the difference is between 6.5% and 7%. Professional services stands at 9%.

The difference between full-time and part-time earnings was greater for men than women across all occupations except professional occupations, where part-time workers earned more.

By position, it is at manager and director level where the pay gap is most severe, at 20.2%.

"What is happening at senior levels?," O'Connor questioned. "I don't think it's just an age issue, I think there are other barriers. Sometimes it's a choice because it gets incredibly difficult to juggle work and other life commitments at that level.

"But I also think there a load of lazy head-hunters out there who are not doing enough to present diverse shortlists and people are recruiting what they are comfortable with."

Companies need to be proactive

Women on Boards UK managing director Fiona Hathorn told HR magazine companies need to be more proactive in closing the gap, not just waiting for it to happen.

“Nobody cares in companies at the moment," Hathorn said. "We need targets at all levels of the business for gender equality in pay and the gender make-up of organisations. Companies should be forced to be more transparent about these figures. If everyone can see the disparity in their pay this will embarrass them into action.”

Senior HR practitioner Jane Tirbaudi, who is also a member of Aspire Learning for Women, told HR magazine the gender pay difference is partly due to the different working lifecycles for men and women throughout their careers.

“A lot of men will work right through their lives to get to the top and build their salaries. Women will often, for various reason, take a break at some stage,” Tirbaudi said.

Tribaudi added that women tended not to be driven by money in their roles, often being humble about the reward packages they feel they deserve. They are also more mindful of opportunities such as flexible working.