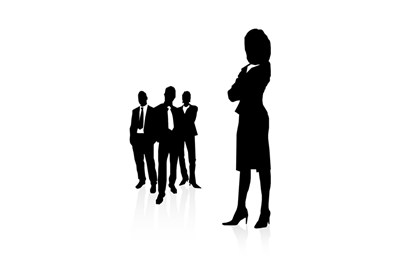 Equality in the workplace is still plagued by misconceptions. However, impressive progress has been made and the tide is turning. Our webinar panel discusses how far gender diversity has come.

The third and final in our series of HR Most Influential live webinars saw three people at the forefront of driving gender diversity deliver another fascinating discussion, with our deputy editor Katie Jacobs moderating.

The webinar focused partly on the findings of Cracking the Code, a report compiled earlier this year by KPMG, business psychologists YSC and gender diversity movement The 30% Club, which sought to dispel 10 of the most common myths about women in the workplace.

KPMG partner and vice chairman Melanie Richards, who worked on the report, was joined by Andrew McEachern, global director of people and development at law firm Norton Rose Fulbright and Susan Vinnicombe, professor of women and leadership strategy at Cranfield University School of Management.

Here’s a snapshot of what was discussed during the wide-ranging debate.

Stick to the facts

Supporting women to succeed in business can certainly be an emotive issue. But ultimately only hard facts will convince senior leaders that the perceived disadvantages of promoting female staff are false, according to Richards.

“Data’s incredibly powerful, being able to evidence things,” she said. “In Cracking the Code there was a lot of data as well as qualitative research. Organisations that can demonstrate what is going on find it makes a huge difference. People really want intelligent analysis and not just emotive analysis.”

For example, Cracking the Code used data to dispel a common misconception that women are less inclined than men to apply for opportunities within their company. Asked how many times they are normally “nudged” to apply for a vacant position, men and women answered exactly the same way. For both genders, 23% replied that they never need third party encouragement, while 3% reported always needing a gentle push in the right direction.

The idea that women are less ambitious is ultimately a perception issue, according to Vinnicombe. “I think one of the challenges is that women see and frame up their careers very differently to men,” she said. “Women think about their careers in a much more graduated way.”

She continued: “I’m currently working with a major law firm. One of the men in the business was asked if he knew straight away that he wanted to be partner. He replied that he didn’t know straight away, it had taken him about two years. He talked about it as if it was a long time, but the women laughed because for them it would take eight or nine years. Women think about ambition differently to men.”

But despite the need to use reason and facts to rebuke false arguments about women at work, simply communicating with colleagues is still an effective tool, according to McEachern.

“The conversations need to be both in a formal setting, so within formal programmes, but also informally, in the conversations we’re having around the coffee machine,” he said. “The more we have those kind of conversations, the more likely we are to be able to bust the myths.”

On the opposite end of the scale from hard-nosed, data-led arguments, Vinnicombe said the emotional pull of seeing family members struggle at work encourages senior leaders to view gender diversity in a different light.

“Often it’s fathers who have daughters who come home and talk about having problems,” she said. “It can prompt them to think that maybe there are other women within the organisation who are also having problems.”

The 30% Club has, as its name suggests, set the goal of achieving 30% female representation on FTSE 100 boards by the end of 2015. The 2011 Lord Davies Steering Committee, which Vinnicombe sat on, set the target of 25% by the start of that year.

These targets, along with companies’ own internal targets, play an important part in driving progress. But they must not be confused with quotas, said Richards.

“In The 30% Club we were keen to make sure people knew these weren’t quotas,” she stressed. “In a people business, I don’t know why you wouldn’t have aspirational targets.

“Targets help with accountability, which is a very important aspect in driving this. Having targets, having the data and ability to succession plan is all part of a package to make sure we’re looking at our people as individuals.”

Anyone who follows the women on boards debate will be familiar with the national targets, but what of organisations looking inwards to increase their female representation at senior levels?

The Equality and Human Rights Commission recently advised that deliberately drawing up all-female shortlists is illegal. But that doesn’t apply to internal, all-female leadership programmes.

McEachern has overseen an all-female high-potential group at Norton Rose Fulbright for five years, helping to identify and bring through female talent.

“One thing we weren’t very good at when we started was managing pipelines,” he said. “[Since we started this initiative], 106 women have been through it over the past five years. It’s part of the reason we’ve moved our [levels of women in] partnership in London from 12% to nearly 23%.”

But McEachern admitted there is more to be done than simply to crunch the numbers. Just as important is to develop people who lead through their unique personalities; diversity of thought is as crucial as the diversity of the individuals themselves.

“It’s about making sure everyone is developed in a way where they can be themselves and contribute in a slightly different way, instead of a one-size-fits-all approach,” he added.

This is borne out by the findings of Cracking the Code. One-quarter of women have left an ExCo position because they were disengaged with the company’s culture. If true inclusiveness isn’t encouraged at the highest level, gender diversity will inevitably take a backward step.

Keep everyone on board

So what does the future look like for gender diversity? Vinnicombe has seen plenty to celebrate in the increase of women on boards in the UK, which has been achieved without legislative intervention.

“The UK is unique in the world in the way we’ve engaged on the women on boards issue,” she said. “It has been a fantastic effort.”

But she warned that to effect long-term and meaningful change companies must fully engage with the movement, not be pulled along by their bootlaces.

“You can achieve this in a voluntary way to change cultures, not just numbers,” she said. “The focus is now on talent management, which is a long process. Companies need to find a better way to pull that talent through.”

Richards is also proud of the efforts made so far, but believes there is plenty still to be done.

“I’d like to think the business case [for gender diversity] was understood more than it was three or four years ago, but it would be naïve to think it has been accepted in all quarters,” she said. “Until we hit our target of women on boards we cannot move on to another stage. We’re pushing ahead, but there’s so much more to do.”

Click to see the HR Most Influential generation Y webinar