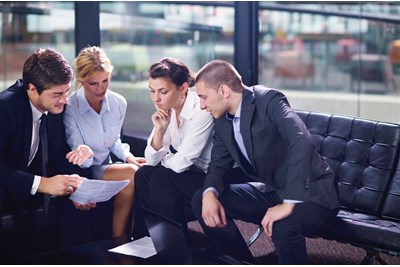 Gen Y employees have a more negative attitude towards those who work flexibly and part-time than any other age group, according to research by employment lawyers Doyle Clayton.

The figures are taken from paper Age Before Beauty? and have been seen exclusively by HR magazine. The survey of 1,000 UK workers suggests 31% of Gen Y employees (those aged between 25 and 34-years-old) see those who work from home at least twice a week as less committed than people who work in the office every day. This is compared to an average of 21% across all age groups.

The pattern is repeated when looking at those who work part-time. Here, 27% of Gen Y respondents see working less than full-time hours as a sign that people are less dedicated to their work, compared to an average of 19% across all ages. The most tolerant colleagues are aged between 35 and 44-years-old.

“Gen Y employees are used to different ways of working and expect the most flexibility themselves,” she said. “But I think this can be put down to them being what I sometimes call the ‘have-it-all’ generation. They want all the advantages for themselves, but don’t necessarily want others to be afforded the same privilege if it affects them negatively.”

Wisener also speculates that this could be because the younger generation are “not having to fight” for the advantages of flexible working in the same way that older workers have.

Santander resourcing manager Hema Bakhshi, 32, says her colleagues working flexibly has had a “clearly positive effect” on her and the workplace. She urges both employers and employees to take a positive approach to the practice.

“The ability to ensure that our quality of life is not impacted is important,” she said. “A positive attitude to flexible working is not only a reality but also a key to success for both organisations and individuals alike.”

A Gen Y project manager for graduates and early careers at a recruitment marketing agency, who asked not to be named, told HR magazine she hasn’t personally seen any evidence of colleagues her age being “anti-flexible working”, but she understands why those feelings may exist.

“Flexible working hours tend to be utilised by those with families, who may be slightly further into their careers,” she said. “As such, I can see why there could be an element of perceived preferential treatment when flexibility is offered to some and not others.

“Alternatively, more junior staff could be the ones left to pick up any work that falls through the cracks when a co-worker on flexible working hours is out of the office.”

"Gen Y has grown up in a digital world and understands that it can be empowered by technology to work flexibly, from home and during hours that sit outside of the typical nine to five workday," he said. "When they see that others in the office are afforded flexible working hours, an arrangement that they themselves desire, it’s easy to see why they have a more negative view than other generations."

Hewitt added that frequent and informative discussions around flexible working are a good way to minimise any “sense of injustice” felt by younger workers.

“Where one member of staff is granted more flexible benefits above others, the motivations and reason should be communicated correctly to the team and why such arrangements do not equate to time off, or special treatment for specific staff,” he said.