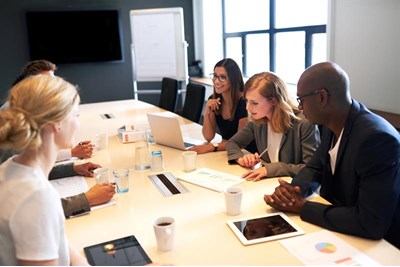 FTSE 350 companies are falling behind in meeting Hampton-Alexander Review’s women on boards target, according to data revealed to mark the halfway point of the government-backed review.

However, the figure is currently just 25.5% for FTSE 350 companies, meaning that almost one in two (around 40%) of all appointments need to go to women in the next two years for the 33% FTSE 350 target to be met.

There are still 10 all-male boards in the FTSE 350, including Sports Direct International, Stobart Group and On the Beach Group. Several firms have already exceeded the 33% target, however, including Diageo and Next.

Chair of the CMI Women network Heather Melville said the figures were “just not good enough”.

“FTSE 350 companies should treat this as they would any other business initiative – set transparent targets for getting more women into senior roles, embrace necessary cultural changes and, importantly, track the results,” she advised. “As we’ve seen with the gender pay gap reporting regulations transparency provides the ability to benchmark progress. After all, what gets measured gets managed.”

Claire McCartney, diversity and inclusion adviser at the CIPD, advised companies to look beyond the boardroom to fix gender inequality at work.

“While having women at board level in organisations can only be a positive and we welcome the focus that the Hampton-Alexander Review has placed on promoting gender diversity at board level, we need to also be placing much more focus on women in active, observable leadership positions,” she said.

“Seeing is believing and this visibility will likely have much more of an impact on the rest of the workforce than in organisations that just have women in non-executive director positions.

“Organisations can do this by focusing much more on what is being done to carve a path for women already in the organisation to rise up the ranks,” McCartney added. “HR has a significant role to play in helping build inclusive cultures from the bottom up, and create talent pipelines that take away the barriers to the top.”

CEO and founder of diversity membership organisation INvolve Suki Sandhu agreed, pointing out that lack of female talent was not the issue. “Businesses need to be creating opportunities for women to excel in business, they need to be creating role models by celebrating individuals that show it’s possible to be female and successful, as well as those who are working to fuel the female talent pipeline,” he said.

“Without a strong pipeline of female talent ready to take the reins the gender gains of today will soon disappear. Businesses need to be focused on the next generation of female talent, not rest on their laurels.”

The figures coincided with the launch by the government of an online portal for FTSE 350 companies to submit their 2018 gender leadership data. Progress made on women in executive and leadership roles will be revealed in November.

“We’ll be analysing the data on women in executive leadership roles and hope to see increasing numbers of women joining executive committees, or reporting to ExCo members, in the FTSE 350,” commented Philip Hampton, chair of the Hampton-Alexander Review.

He added: “It is good to see progress of women on boards continuing with the FTSE 100 likely to hit the 33% target in 2020”. But he lamented the fact that “far too many companies still have no women – or only one woman – on their board.”