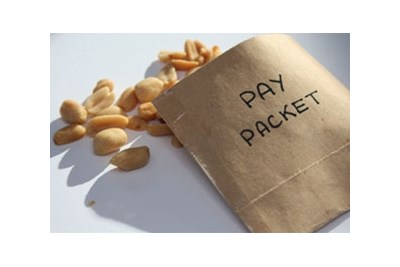 Investors worth more than £13 billion are issuing a call to FTSE 100 companies to adopt Living Wage standards across their UK operations, as a new campaign gathers momentum on both sides of the Atlantic.

The FairPensions campaign for Living Wages is mobilising both institutional investors and tens of thousands of FTSE 100 customers.

On 2 May, the coalition of investors wrote signed letters to the CEO's of each FTSE 100 company asking for Living Wage standards to be applied.

The letter states: "There is an ethical imperative for the payment of Living Wages. Since the introduction of the London Living Wage in 2001, compliant employers have helped to lift 8,000 families out of poverty. In order to meet basic living costs workers who earn less than the Living Wage often need to take up multiple jobs with negative consequences for their well-being, their family and community life.

"Alternatively, they require support through the welfare system. This support equates to the provision of a subsidy by taxpayers to employers, including FTSE100 companies, at a time when public services are being cut.

With over 3.5 million workers in The United Kingdom earning under £7 an hour and 53% of poor children living in households with at least one working adult, the attention of shareholder activists is turning to the plight of those at the bottom of the salary scale.

Catherine Howarth, chief executive of FairPensions said: "This mobilisation of ordinary people's money is a first-of-its-kind event in this country.

"People are sickened by the ever-growing wage inequality in Britain's biggest firms but we haven't had an effective way to make our voices heard until now. The combination of major investors and members of the public working together to bring the remuneration debate down to the shop floor should be irresistible.'

FairPensions and its campaign partners are also set to bring the issue of low pay to AGMs this summer.

Howarth added: "CEOs and chairmen of Britain's biggest companies can expect to be challenged at their AGMs this year. We're very much looking forward to helping shareholders bring the issue of low pay straight to the top of FTSE 100s."