From knowledge to know how: the expert to leader transition 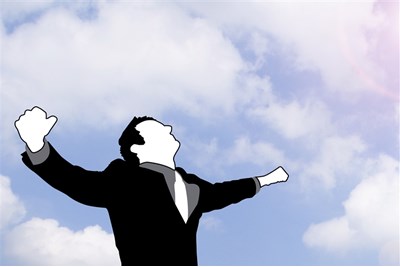 HR departments that are focusing on prioritising internal promotions and developing or implementing talent management strategies will be particularly conscious of one of leadership development's long-running themes: the transition from expert to leader. Amanda Goodall, senior research fellow at IZA Institute for the Study of Labour, has focused her research on the role and value of the expert as leader, particularly in hospitals and higher education.

After one report showed clear links between the internal standing of business schools and the scholarly standing of their deans, one of the latter - Patrick Harker, dean of the equal top-ranked Wharton School - was cited as he gave his own explanation:

"Leaders are the final arbiters of quality. Therefore it is right to expect the standard bearer to first bear the standard."

Higher education and hospitals are, of course, arenas in which operational excellence is clearly linked with expertise: their reputations are built on skill rather than customer service or managerial adroitness, and they are environments in which knowledge and capability are highly respected. Yet the step from academic to organisational leadership can deliver a painful trip. Thames Valley University (now The University of West London) provides a case study:

Mike Fitzgerald was appointed Vice Chancellor in 1991, having built a strong reputation as Dean of Social Sciences at the Open University as well as his personal standing as an expert in the sociology of prisons and policing. A knowledgeable and passionate advocate of widening access to higher education, his vision for TVU was radical, aimed at creating a truly student-led university. Yet the enormous scale of the simultaneous academic and administrative changes that he implemented brought the university to its knees. As well as the administrative chaos that had ensued, impatience to implement change had sabotaged internal relationships and Fitzgerald resigned after a damning Quality Assurance Agency report. The (now renamed) university today has a distinguished standing for vocational education and graduate employment: much of this draws on aspects of the changes its former VC had looked to implement, but which had been initially wrought in ways that impacted stressfully on the institution.

A comparison with another arena that Goodall has explored - F1 racing - shows a different story of the role of the expert leader. Red Bull Racing's success since its foundation in 2005 is undeniable, and its funding and branding have played roles here - but expertise in its leadership has been a critical factor too. Team Principal Christian Horner's background as a driver - in Formula Renault, British F3 and F2 - has undoubtedly contributed to Red Bull's story, and makes him internally highly respected, but he credits his success as a team manager to teamwork:

"The most important thing is to empower people to do their job and not to tell them how to do it. Back them and support them."

His career progression also shows that he recognises that a management role enables him to make his own most positive contribution to a sport about which he is clearly passionate, as neither the available funding nor his personal talent would have furthered his driving career.

Where Horner's 'subject matter' expertise has been successfully harnessed to management and leadership ability, it is arguable in hindsight that Fitzgerald's expertise (and passion) was partly his downfall as he was unable to combine it successfully with the responsibilities of leadership. Part of this difference lies in relationship skills: the rational persuasive skills of the expert role can be quickly undermined where the newly-appointed leader shows too little concern for the concerns, self-esteem and opportunities to contribute of those they now lead rather than inform.

Part of the leader's role is to inspire - which is difficult to achieve without maintaining respect or trust - and another part to allow room for the experts above whom they now sit to contribute to the implementation of the leader's vision and strategy. Expertise, and the authority that it confers, is not a substitute for leadership, but organisations can help to prepare experts for promotion by training in the importance of personal impact, delegation skills, relationship building - and providing opportunities for practise through in-role projects that develop and stretch these skills before the transition is complete.

Where a step upwards presents a trip hazard, organisations should consider implementing a ramp.