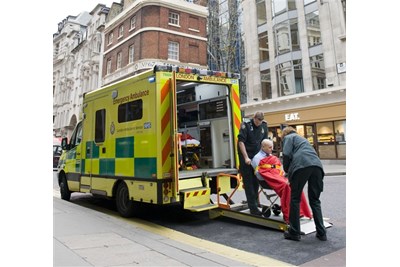 Four in five (82%) ambulance workers have considered leaving their jobs as a result of workplace stress, according to a Unison survey.

The survey of almost 3,000 ambulance workers found that 91% are suffering from stress, with 38% saying they’ve had to take time off sick as a result, and a quarter (25%) admitting they’ve been close to doing so.

Almost three in five (55%) admitted they did not tell their employer the reason they were off sick. Only 6% said they would talk to a manager or supervisor for help.

One paramedic described how hospital closures meant they now have to drive hundreds of miles everyday. He said: “Too few ambulances, missed meals and 16- or 17-hour shifts would stress anyone.”

Another ambulance worker who has not taken a day off sick in 10 years said he was about to “explode”. Others described being tearful, suffering with migraines, post traumatic stress disorder and feeling exhausted.

She said: “Working in emergency services is stressful but the pressure on ambulance staff is reaching dangerously high levels. It is unacceptable that the current system doesn’t allow for proper breaks between shifts."

She added: “Higher call out rates and lengthy waits outside A&E departments are adding to the problem. It is clear that the pressure caused by government funding cuts is having a huge impact on staff and on patient safety.”

Emma Mamo, head of workplace wellbeing at mental health charity Mind, responded to the survey saying: “Our ambulance workers play a vital role in society and do an incredibly challenging role, day in, day out. When times get tough it’s vital that there are measures in place to support them.

"But the high amount of respondents experiencing stress, stress-related sickness absence, and considering leaving their jobs because of the pressure all indicate that there isn’t currently enough support to help our paramedics stay well.”

Last month Mind launched a Blue Light Programme to support emergency services staff and volunteers across ambulance, police, fire and search and rescue. A Blue Light Infoline is now available and organisations are being encouraged to sign a Blue Light pledge.