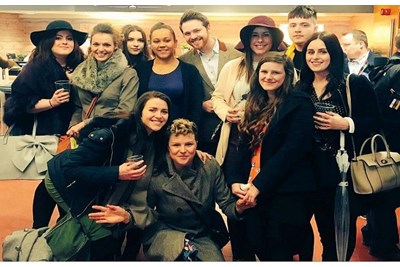 Research finds employees expect technology to deliver a four-day working week in the near future, as one organisation proves the effectiveness of this approach

Radioactive PR has experienced 70% growth in business turnover since introducing a four-day working week a year ago, it has announced.

The firm said that the shorter working week, introduced for all staff without cutting pay, has also dramatically reduced absence levels and boosted the overall wellbeing of employees. Sick days have halved from 1.3 days per person on average to 0.5 days.

When staff were asked in an anonymous survey if they enjoyed a better work/life balance since the four-day week was implemented, on a sliding scale of zero (not at at all) to 10 (definitely) 75% of employees selected 10. The lowest score given was eight.

The firm also reported no lapse in productivity, with 100% of employees agreeing that there had been no drop in communication with clients.

Rich Leigh, founder and director of Radioactive PR, told HR magazine that the results had surpassed his expectations.

“We knew that bringing in a four-day week was having a positive effect, because we could see that our staff were much happier. Some have chosen to use that time to volunteer, others have been able to get more time with their families. Some people I’ve spoken to have just been incredibly grateful to have an extra day of rest, and that’s important too,” he said.

“I have always said that I would not do anything that would hurt our business or affect our clients, and to see that we have not just avoided making any loss but actually made a profit is really fantastic.”

The findings came as research from Ricoh found that 57% of European workers believe technology will bring about a four-day working week in the near future.

There has been growing interest in the four-day working week, with both Labour shadow chancellor John McDonnell and TUC general secretary Frances O'Grady giving it their backing. Last year New Zealand company Perpetual Guardian declared its landmark trial of a four-day working week an unmitigated success, with 78% of employees feeling they were able to successfully manage their work/life balance (an increase of 24 percentage points).

However, London-based science research foundation The Wellcome Trust announced in April that, following a three-month study, it was scrapping plans to trial a four-day week for its 800 head office staff, saying it was “too operationally complex to implement”.

Despite its success within his own organisation, Leigh acknowledged the challenges of implementing a four-day week without lowering pay: “I wouldn’t say that this is an easy thing to do. Employers need to check their margins; if you’re not in double digits then I wouldn’t recommend it. If you are looking to reduce stress there are other ways of doing it.”

However, he added that it's time to change current working hours: “I was speaking to someone recently who told me that it’s been 100 years since we moved from a six-day week to a five-day week. We’re long overdue a change. We’ve proved that if you can reduce your working week then you absolutely should.”