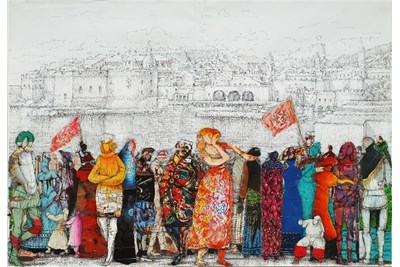 HR has lost credibility and is much less prominent than in the past because it was 'not brave enough' during the global financial crisis, the former managing director of Zara (Inditex Group) Jesús Vega has said.

Speaking at an Art of HR panel debate in Dubrovnik about the role of HR in company transformations, Vega said HR has "become accountants and executors of death penalties". He was referring to HR's focus on cost and job cutting during the peak of the recession – a viewpoint other panellists disagreed with.

"The result is that [HR] is less prominent because [it] didn't come to management with different proposals," Vega explained.

Dirk Stoltenberg, the former group VP and head of HR excellence at ABB, told the panel there are brave people within the function, but they need to come forward more and "take another 10 with them".

"In order to do that we need to be well-educated, probably in areas other than HR, and the personality that HR leaders are comfortable being at the same level as the C-suite. How many HR managers believe they are at the level of other C guys?"

Irena Jolic Simovic, a board member and CHRO at Hrvatski Telekom, believes HR gained in prominence and is in a unique position to add value by connecting the 'people' element with financial results, particularly during company transformations.

Panel host Gavin Wallbridge, a COTRUGLI Business School professor and HR consultant, said at every level in organisations, there is a paradox of people and performance and profit.

"When we hit the financial crisis there was a realisation that we had pushed one part of that paradox to its limit and the reaction has been to say 'we need to give our people more responsibility'," he said.

The debate brought to a close the first day of the Art of HR conference, which HR magazine is media partnering.

Earlier in the day, Schlumberger Business Consulting senior advisor Partha Ghosh talked about the importance of self-regenerative organisations and adapting to change.

There will be full coverage of the Art of HR conference in HR magazine's January issue.