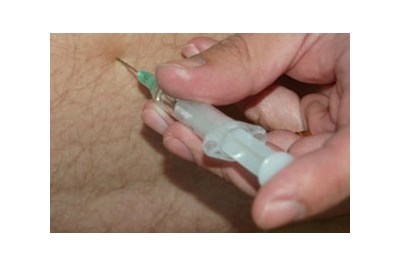 The flu will cost UK employers 7.6 million working days this year, according to experts.

The Co-operative Pharmacy has reported flu costs the British economy £1.35 billion and a survey of more than 3,000 people by the pharmacy revealed last year that it accounted for the most number of days lost (1,141) among short-term illnesses.

According to the CBI, there were 180 million sick days taken in the UK last year costing employers around £17 billion. But while seasonal illness has an impact on the bottom line for businesses, the Co-operative Pharmacy has warned it can have a more detrimental impact on the 3.9 million self-employed who do not benefit from statutory sick pay.

Fiona Caplan-Dean, clinical services manager at The Co-operative Pharmacy, said: "Normally only at-risk groups are offered the vaccination by the NHS but as a co-operative business we believe that everyone should have the opportunity to take preventative measures against the virus to minimise the impact on their business. For some people, having a flu vaccine can help to protect their livelihood in these difficult financial times. It can also help to reduce the chances of passing on the virus to family and friends."

"For most flu sufferers symptoms will last for around a week, but tiredness can continue for much longer and this, in turn, can reduce productivity and lower customer satisfaction. Missed meetings that disrupt work schedules during short-term illness can also have a knock-on effect for the wider workforce, for example, low morale. The cost of sickness for employers therefore, is more than just statutory sick pay, but if you are self-employed the consequences can be more far-reaching."

The Co-operative Pharmacy has launched a two-pronged flu service, which offers on-site vaccinations to businesses with more than 100 employees, or in-branch vaccinations by trained professionals at key pharmacies around the UK.