Fixing the decline in apprentice starts 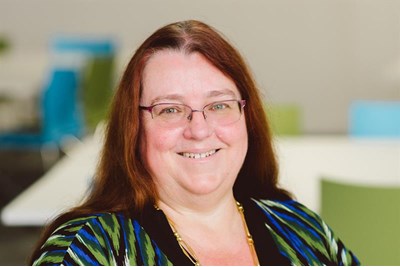 The government has released its Industrial Strategy whitepaper, setting out a programme to provide today’s young people with the skills they need to succeed in the world of work. It followed the news last week that the apprenticeship programme is struggling – presenting us with new challenges about what we can do to avert a long-term decline.

According to official figures, the number of people starting an apprenticeship since the introduction of the apprenticeship levy in April has fallen by 59%. This stark figure tallies with the findings from our own Pearson-CBI research, which found that 46% of businesses were experiencing some form of difficulty in recruiting people for apprenticeships.

The first issue to address is access to funding. Many organisations, particularly SMEs, have found it difficult to access the funding that the apprenticeship levy creates. Many SMEs won’t need to contribute to the fund, but they should be able to take advantage of the resources available. The Education Skills Funding Agency’s announcement on this issue has again been delayed, which is hampering growth in the industry. The government needs to clarify this situation and make it easier for SMEs to access the funding raised by the levy.

Second, we need to be mindful that the levy places new responsibilities onto businesses and respond accordingly to mitigate these. While the bulk of the responsibility is rightly shouldered by the largest companies, medium-sized businesses have also had to adjust to the levy’s requirements – including granting apprentices one day away from work per week for off-site training and contributing to the associated costs. This is a significant undertaking and many small organisations that I speak to would benefit from increased support as they restructure to meet the aims of the levy.

Furthermore, while good-quality training is important for apprentices, we do need to remember that granting them one day per week for study presents businesses with a challenge; one day per week amounts to 20% of their total working time. Policymakers may consider halving this time, or even allowing the placement to be shortened and all of the classroom learning to be delivered at the end of the apprenticeship.

These points only address businesses' reservations about the levy. Despite the overall increase in the number of people taking apprenticeships in recent years, vocational study in the UK has not yet gained the prestige that it holds in countries like Germany and Switzerland. I believe that the education sector can do more to drive up the reputation of traditional apprenticeships by raising the profile of ‘higher’ or degree-level apprenticeships.

This has proven to be popular with employers as it offers them a way to recoup their levy spend, and also with students who have applied in their thousands for a place on this sought-after scheme. Over 1,400 people applied for eight spaces on our BBC apprenticeship – making it more competitive per place than many Oxbridge colleges. This approach shows that, with a dose of innovation, there is a way to reverse the fall in apprenticeship numbers.

If we are to offset what I believe is a short-term fall in apprenticeship starts we need more programmes like this; that deliver value for money for both the employer and the employee and recast what it means to be an apprentice in the 21st century economy. Only then will we have the training and recruitment structures in place to tackle the UK’s productivity problem head-on and meet the economic challenges and changes of the future.