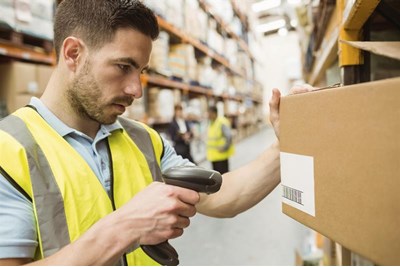 Of course the NLW will encourage some employers to recruit staff aged 21 - 24 relatively more frequently and there's nothing unscrupulous about that. The younger person is likely to bring less ...

The National Living Wage only applies to employees over 25. Will this affect businesses’ age profiles?

The National Living Wage (NLW), coming into force on 1 April 2016, could encourage some employers to consider hiring those ineligible for the pay rise in order to minimise the impact it will have on their wage bill.

The NLW will raise the minimum wage to £7.20 an hour, but only for the over 25s. Speaking at an HR magazine roundtable event with Kronos on the NLW and workforce management John Stevenson, founder and owner of cleaning services provider ACT Clean, warned that unscrupulous employers might focus on recruiting those that are ineligible for the pay increase.

“I’m concerned about firms recruiting people under 25,” he said. “We would never pay differently depending on age, but people are starting to ask if we would. Some employers are thinking of bringing their cleaning in-house because they think they can [recruit] younger people and pay them less.”

“As HR professionals we have a duty to get the best out of our employees by developing them and ensuring that they engage with their job role and the long-term goals of the company,” she said. “We should focus on placing the right person in the right job, and making sure that they have the right tools, rather than concentrating on the living wage.”

Gerrard-White argued that, despite the increased cost of hiring over-25s, ROI could be higher. “If managed correctly staff over 25 will offer more experience, maturity and the benefit of life skills, and therefore the return on the £7.20 hourly rate is likely to be greater, providing a solid investment,” she said.

A Department for Business, Innovation & Skills (BIS) spokesperson told HR magazine that its priority is to help younger workers secure work, which it claims is already reflected in the minimum wage structure. “The NLW is expected to protect the equality of opportunity for those aged under 25,” they said. “While their opportunity may be affected by not receiving the new statutory pay floor, this is balanced out. It will protect the employment prospects of younger workers while maintaining the importance of developing skills and experience.”

However, a late 2015 impact assessment conducted by BIS into the NLW does suggest the potential for a negative impact on the job prospects of younger people. The report states that while younger workers become cheaper, there is evidence to suggest that higher pay floors reduce the likelihood of employees leaving their jobs, thus reducing opportunities for those entering the job market.

Conor D’Arcy, policy analyst at think tank the Resolution Foundation said the age thresholds in the current national minimum wage have not affected hiring preferences. “It is unlikely that the NLW will lead to an overnight surge in employers recruiting younger workers instead of those aged 25 and over,” he said.

The introduction of the NLW has prompted some businesses to consider whether they can offer a higher rate to all employees, regardless of age, he added.

Some are taking this further by paying the living wage as set by the Living Wage Foundation, of £8.25 per hour (£9.40 in London).

Sarah Vero, director of the Living Wage Foundation, said responsible businesses are using this opportunity to review their reward structures. “Since the summer budget we have questioned why the rate doesn’t apply to all adult workers,” she said.

“We hope that consumers and businesses will support [living wage accredited] organisations over those choosing to do the opposite and cut hours and employ only younger workers.”

Of course the NLW will encourage some employers to recruit staff aged 21 - 24 relatively more frequently and there's nothing unscrupulous about that. The younger person is likely to bring less experience to their new role, so there may be some probability it will take them a little longer to get up to speed. This is just supply and demand. A shrewd political move to tackle underemployment for the young, along with incentives to take on apprentices. A benefit for those in work above 25.