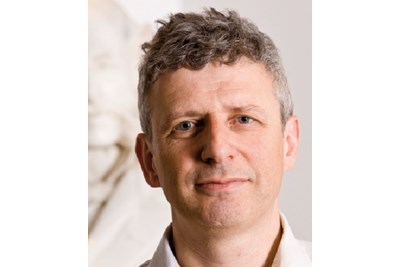 Well, not 'on'-on, more just 'away' - and away from a reputational rather than a geographical perspective, that is. Dando has a legion of admirers for successfully integrating 54,000 staff in 550 offices in 100 countries after the £8.7 billion merger of Thomson and Reuters during 2007-2008 (for which he won the CBI's Human Capital Award for HR Excellence), but says he wants to call time on being known as the one who 'sorts out' mergers.

"It was a job I had to do," 'the Integrator' modestly remarks (in 1997, Dando had also been responsible for Guinness and Grand Met's merger to form Diageo). "But that was only really the start of a much bigger process," he concedes. "Sure, the HR team and I knitted two companies together, created a stronger culture and sense of engagement [it rose from 74% to 87% now], but the integration has only ever been the foundation for the much more important and longer-term people agenda: how we protect and grow the business." And this vision is firmly based around the principle of talent management.

"You have to lift your head up and say we are - HR is - more about integration," he says. "In the past year, I have identified what I call our game-changing HR projects and we are putting talent as our signature one, around which everything else will revolve."

Perhaps a recent prize will finally create the view of Thomson Reuters that Dando wants. On 31 March, Thomson Reuters came top of the pile, out of 58 employers, to be awarded coveted Top Employer 2011 status by the CRF Institute - which ranks a company's HR policies as 'beyond best practice'.

Coming first in the large company (499 staff-plus) category, Thomson Reuters was lauded for its approach to talent, leadership and career development. Particularly noted was the firm's new global role-development framework - which helps employees plan their career at the firm with greater ease. The framework helps people pair their skills with jobs available worldwide - or tells them what they need to do now to achieve a specific career objective a few years down the line.

Of course, talent and the pursuit of talent is nothing new for big companies such as Thomson Reuters. It has to do much more to actually prove this, especially as critics of Dando point out that one of the impacts of the merger has actually been to reduce talent (if you equate that with headcount). Since the merger, the combined firm has had to cut more than 1,000 jobs globally, in the pursuit of annual savings of $500 million (£252 million) every year up till 2011. Its financial news and data division, which accounts for 60% of group profits, has also suffered because, as banks have shed staff, demand for Reuters' news and data terminals has also fallen. But Dando is adamant his pursuit of the best talent management strategy is no wishy-washy HR flannel.

"Talent management is not going to be a flavour-of-the-month strategy," says Dando. He corrects himself by adding: "it's not a new thing for us. What is, is a new way of integrating it into everything we do." So what does this mean, then?

"Talent as our signature is about us running a high-level debate about what we need to be/do differently," he explains. "Talent has been enshrined as one of our three company pillars - the first being strategy and capital allocation and the last being innovation. These are the three things that will make up our signature."

He continues: "What this means in terms of it making a difference is the way we will differ in our interpretation of talent. Most companies operate what I call a 'generic' model of talent management. We have turned to a 'segmented' approach - going into the business and identifying our company imperatives and then asking how they translate to talent imperatives. I have told the company I believe four talent segments will disproportionately impact on the future of the company. These are: our executive population/segment; our future leaders; our technologists; and, finally, our demand experts."

According to Dando, these four main priorities may or may not change over the next few years, but when they do, he will know about it and respond accordingly. "They all have equal importance theoretically, although we're not rushing to put our money where our mouth is on all of them all at once," he adds. "Future leaders will take precedence now, followed by technologists - and our 'take-out' teams will begin working collaboratively throughout the business to identify or recruit these individuals."

Where Thomson Reuters seems to be taking talent management beyond the norm is the extent to which Dando is using this corporate agenda to completely re-point and re-purpose the HR team too. "There is no argument that we need to attract and retain the sharpest, best people around," he says. "That is the job of every HR department. But to do this effectively, we need to shape our HR processes around this too. I care a lot about having 'talent' at the heart of the HR function's mandate. I want to create an HR department that is the mobiliser of talent across the business. This means I don't just want it as an issue for our specific talent teams, but I want to imbue it in - and orientate it to - the whole of the HR team."

By HR aligning to Thomson Reuters' four priorities, Dando insists he doesn't just talk the talk on segmentation; he walks the walk, by realigning his HR budget accordingly. While it might sound like a recipe for inconsistency, it has the full buy-in of the top table too. "We don't admit to having all the answers, but we feel it is directionally right for us. This way, we cease to become a company that may well talk about talent - but it is all just talk, that doesn't actually alter the business."

Specific talent strategies will include creating internal centres of excellence and developing HR business partners to support outsourced services (which, as of last year, have included recruitment, benefits, information systems and payroll). The company is also moving to a new IT platform called Workday, which enables managers to have an integrated view of their staff and skills. "It is not a technology project," insists Dando, "but about giving us a way of adding value back to the business, by making talent insights-led."

There is probably a far more serious reason for all of this than simply ensuring a constant talent pipeline. "Structural changes in the market mean pressure on pay is building," admits Dando. "You can't always pay what people expect, yet pressure to retain people is growing too. It is only companies offering the most meaningful development path that will be the ones to succeed in the next few years," he says.

A principle Dando is enshrining for remuneration around the talent agenda is profit-related pay - something that hasn't gone down well with employees. In January 2009, staff rejected an across-the-board pay offer of 1.25% plus an additional performance-based offer of 1.25%. In the previous few months, the company had announced an 8% rise in Q3 revenues to $3.3 billon and a 17% rise in underlying profit to $676 million. In addition, managers can also receive on average 20%-30% of their salary as an annual bonus. Not great, one would suspect, for fostering a sense of fairness.

Since then, things have been smoothed over and Dando is adamant performance should remain part of the deal for staff, if talent is really what underpins the Thomson Reuters way of doing things: "We think pay for performance is healthy," he remarks, less comfortable with this line of questioning. "We think staff are happy with this and they expect it. We also want," he says, with a hint of finality, "to attract ambitious people. That is what a talent strategy is about and a performance culture is what attracts these people."

There is an irony here that the Reuters business data its clients pay for - including reports on the pay of directors of other companies - comes from journalists who for ethical reasons have to accept a slightly different set of conditions. One of Thomson Reuters' top 'talent' - ex-City editor of the Daily Telegraph and former Evening Standard columnist, Neil Collins - was forced to resign in October 2010, when it emerged that he wrote about BP, then, within 30 days, bought shares in the company. This was a breach of its regulations for journalists, even though Collins did not make money out of that specific transaction.

"Our journalists do a fantastic job," says Dando, insisting this was an isolated case. Even so, it required an internal memo (although not from HR) reminding staff to review their shareholdings - because "this is about our compact with our readers; it is about our individual reputations; and it is about ensuring that Reuters and Thomson Reuters live up to the standards set both by our long, proud history and our trust principles".

Talent, though, is talent and Dando says he will still recruit from wherever the best talent is. He promises to scrutinise succession ratios and to look at how talent flows between the different businesses. "HR has to look below the headlines, has to peel away at what makes our company great and what will continue to make it great," he concludes. "I am looking at talent for reasons that are completely critical and there is now not a line manager in the business who doesn't agree with this."

Perhaps the rest of the HR community, who heralded him as a great integrator of companies, will see that this HRO has, in talent, a fresh direction in mind. Perhaps they will follow his lead too.