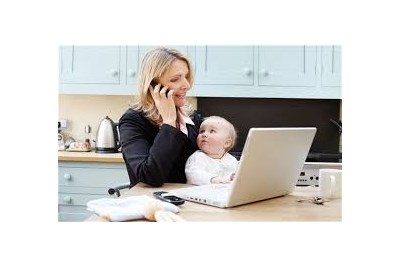 Egg freezing technology gives women the option to climb the career ladder and have a family later in life. However, is this really a positive incentive? Would it be better to focus on more family-friendly employee benefits?

Each year, International Women’s Day highlights the wide spectrum of treatment that women face in society. If you were to carry out a straw poll asking how women are treated today, responses are likely to range from examples of inequality still faced by women, to proud exclamations of never having suffered less favourable treatment, and questions over why we don’t have International Men’s Day (which we do, it's 19 November).

Inequality in the workplace between men and women has intrinsically been linked to family life. When to start a family is a big question for both genders, but for women the choice often has a stark spin: do I put my career on hold to have a family or continue to climb the corporate ladder? However, women are increasingly considering a third option – egg freezing.

In America, Apple, Facebook and NASA have introduced an incentive scheme that attempts to address the choice that some women face by providing its female employees with $20,000 if they wish to freeze their eggs. The hope is that these women can then focus on building their careers without worrying about their biological clock.

Is it something that employers in the UK should be thinking about? The advantage of this incentive is that it allows women greater freedom and flexibility when it comes to their family and career choices.

However, there are pitfalls. It has been claimed that such incentives reinforce the trope that having a child is harmful to a career. Egg freezing is also expensive: one cycle of egg harvesting should cost between £3,500 and £5,000. But as the industry’s prices are unregulated, costs tend to be higher.

Here in the UK, we proudly have family-friendly employment legislation, which encourages and aims to protect those that choose to have a family. Shared parental leave for those with children born after 5 April 2015 has been introduced, meaning men and women can share leave (and 37 weeks of shared parental pay) during the first year of the child’s life. This provides families with further freedom and flexibility.

Rather than UK employers offering female staff financial incentives to freeze their eggs, shouldn't they be focusing on complementary schemes to shared parental leave and flexible working requests? Many employers will claim that women’s fears over the impact of a child on their career is no more than that: a fear.

A mentoring programme could, for example, provide women with the confidence and reassurance that the workplace can and should have women with children in senior roles. Last year Women in Law London (WILL), a networking group that provides support and mentoring to female lawyers, was set up – against a backdrop where women made up 61% of the entrants into the profession, while female partnership promotions in the top 20 law firms stood at only 28.5% in 2014.

In the future, will initiatives such as egg freezing change the way that women are viewed in the workplace and beyond? Is the potential absence of a female employee due to childbirth the only thing that is stopping true gender equality? All of these are questions yet to be answered, but perhaps technological and medical advances could change the way women are viewed. What is clear is that employers should be pragmatic in their approach to all employees to help complement the spirit of current employment legislation.

Rebecca Berry is a solicitor in the employment team at Barlow Robbins. Samantha Simpson is a trainee solicitor at the firm