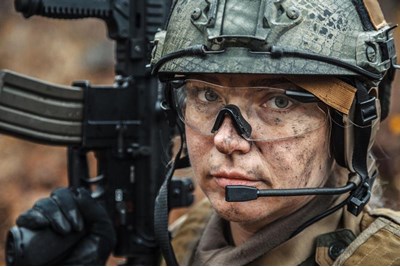 Complaints allege discrimination, bullying and harassment but experts highlight culture change will take time, with these issues also faced by other sectors

A "disproportionate" number of female and BAME staff in the armed forces file internal complaints, MPs have highlighted.

A Commons Defence Select Committee report, published today (7 August), said the number of complaints from these employees is a "serious concern". It marks the third consecutive year that female and BAME staff in the army, the RAF and the navy were “over-represented” in the armed forces complaints system, it said.

Many of the complaints raise concerns about discrimination, bullying and harassment.

The report added that some female and BAME staff chose not to raise grievances at all as they had "little faith" in the complaints system.

MPs called the findings 'unacceptable', criticising the 'slow' handling of cases and that the Service Complaints Ombudsman for the armed forces, the army, the RAF and the navy had failed to establish an effective system for handling grievances.

The committee also warned that this could affect future recruitment. 'This sends the wrong message about valuing BAME and female personnel, with a potentially negative impact on their retention and future recruitment,' it stated.

The Ministry of Defence (MoD) has responded by saying it will "overhaul" the complaints process and that the most serious allegations will now be handled by the newly-created Defence Authority, so that complaints can be dealt with more quickly.

"We have already accepted a number of recommendations to overhaul and improve the service complaints system, including encouraging personnel to come forward," an MoD spokesperson said.

Wanda Wyporska, executive director of The Equality Trust, told HR magazine she is not surprised by the report’s findings. “This is no surprise as there is no reason to believe that these workplaces are any less discriminatory," she said.

"We know that black and Asian people face discrimination and racism in the workplace and that women face sexism. We even see this reflected in pay and bonus gaps. What is needed is a root and branch investigation of these institutions, the cultures within them and the leadership that permits this to continue.”

“As organisations try to be more diverse this often challenges the pre-existing attitudes that drive the current culture. Thus the whole culture of the organisation has to change and with large organisations this can take years of consistent effort to make it a reality," he told HR magazine.

"This is particularly true of large organisations with strong cultures. The military, by the nature of what it does, has to have a strong culture where the individual puts themselves second to the needs of the team and where there is honest and sometimes blunt feedback. This is vital to operational effectiveness. The military also does not have an 'HR' function at operational level like commercial organisations. Thus the military has a number of factors that make culture change significantly more difficult than in civilian counterparts,”

But progress is being made to address these challenges, Roebuck added: “Good progress has been made and continues to be made. The military now welcomes external support and insight rather than blocking it as previously. The data would suggest that things are much better than before but still not as they should be. However, when senior military leaders say they will take note and take action on this issue they will follow through – unlike some commercial leaders who just wish to deflect bad PR temporarily but do little.”

He added that these findings are reflective of the wider need to improve diversity and inclusion in all sectors: “Representation of female and BAME employees in complaints in both business and the public sector is generally higher so this is not just a military issue. It is reflective of organisations and wider society accepting the role of women and BAME individuals is just as important as everyone else. Not doing so not only has implications in terms of values but also can significantly harm organisational performance and thus overall economic growth.”