Fairhurst: Predicting the future of retention and engagement 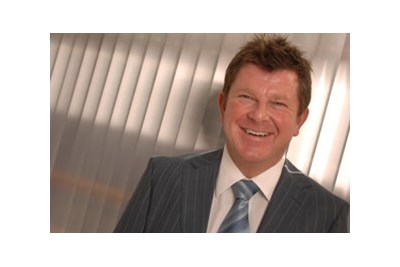 Retention and engagement are key business issues around the world. But unlike other global people challenges they may prove to be bigger than HR alone.

The Hitchhiker’s Guide to the Galaxy author Douglas Adams is credited with accurately predicting both the eBook and the proliferation of internet-connected smart devices. And his portrayal of these devices having “genuine people personalities”, although not quite with us yet, is rapidly becoming a reality in lifts and self-service checkouts around the world.

It’s telling, therefore, that it was Adams who also said that “trying to predict the future is a mug’s game”. A statement he qualified, however, by saying: “Increasingly it’s a game we all have to play because the world is changing so fast and we need to have some sort of idea what the future’s actually going to be like because we are going to have to live there, probably next week.”

But if we’re going to try to predict future trends, what’s the best way to play this “mug’s game”?

One of the UK’s leading futurologists, James Bellini, has pointed out: “This game is not about predicting. The future is history – nothing is really ever new.” In fact, Bellini explains, futurologists take an objective look at what’s happening now and create “possible futures” based on what has happened in the past.

In other words, by spotting the underlying patterns, futurologists can suggest what might come next.

In April I’m moving into a new international role at McDonald’s, so in preparation I’ve been speaking to as many HR practitioners around the world as I can, to try and get a fully up-to-date picture of HR challenges and opportunities at a global level. And I’ve spotted an interesting pattern. It’s one that seems to run “issue, HR response, issue, HR response, issue...” with the biggest global issues each being matched with an HR response that is hard-wired into the organisation’s design.

There is, however, one exception to this pattern: retention and engagement. These are issues that are becoming ever more critical in many developed economies, as the growth in job creation outstrips growth of the working age population.

Last summer, Towers Watson published the results of a study examining 31 economies around the world. It showed that almost half of employers surveyed (48%) had increased their levels of hiring over the past two years, with more than one-third (35%) reporting an increase in employee turnover over the same period.

Even more worryingly, the study also found that just four in 10 employees report that they are “highly engaged”.

Retention and engagement are growing global challenges. Yet, when I speak to other organisations, they’re issues that don’t seem to have clear HR ownership.

So will the years and months ahead see dedicated retention and engagement teams being created?  This is doubtless what futurologists would see as a possible outcome, given the past pattern of events – but I’m not sure.

Unlike other global people challenges, retention and engagement may well prove to be bigger than HR alone; impacted as they are by the actions of a host of other leaders and managers. Would it be better for HR to lead the creation of a truly cross-functional collaboration to rise to the challenge instead?

It really would be a “mug’s game” for me to second-guess what’s right for other organisations. But the possible future I would encourage is a thorough review of retention and engagement practices with senior colleagues. And I’d urge you to do it in the very near future. Probably next week.