Exclusive: UK has some of the worst employee wellbeing scores in the world 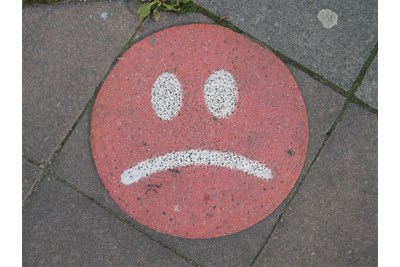 The UK was among the 10 worst performing countries for employee wellbeing last year, according to the Workforce Quality of Life Index (WQLI) report measuring wellbeing from the employee's perspective by Kenexa, seen exclusively by HR magazine.

The WQLI measures wellbeing by evaluating the perceptions of around 31,600 employees across 27 countries recorded against six indicators: income, health, education, institutions, resources and personal security.

India came out on top in all indicators of employee wellbeing except when measured on institutions, where it came second behind Switzerland.

Rather than developed countries dominating the table, the index found a mix of developing and developed economies topping the list.

The report says the differences show that standard country-level measures of wellbeing do not necessarily reflect employees' perceptions of wellbeing.

For example, while India recently experienced high levels of inflation and economic slowdown, it was among the top scorers in the educated-healthy, work-wealthy and life-satisfaction clusters of the WQLI.

The report also cites South Korea as having one of the highest Gross Domestic Product (GDP) and one of the lowest unemployment rates among the emerging economies. Nevertherless, South Korea scored low in the educated-healthy, state-wise and life-satisfaction clusters of the WQLI.

These two findings alone, says the report, suggest that governments and organisations should change their way of measuring wellbeing and not only consider country-level statistics but also how population groups such as workers feel about wellbeing.

Bryce told HR magazine: "There's something phenomenal going on in India at the moment – consistently they're coming out high on engagement and wellbeing scores. If you compare it with larger countries such as China, Japan, France and the UK, these massive economies do not enjoy the other side of the coin."

Bryce added: "When we ask workers from some of the larger countries they give you an entirely different spin from what is given by the politicians and economists of those countries."

The WQLI warns that given the importance of employees to national economies, this is a critical discovery which suggests the need for a rethink around the measurement of wellbeing for both employers and governments.

In the past few years political and business leaders around the world have shown an increasing interest in the measurement of wellbeing as an indicator of the 'health' of a nation. In 2009 French president Nicolas Sarkozy announced he intended to include happiness and wellbeing in France's measurement of economic progress.

The British Government made a similar commitment in 2010 when prime minister David Cameron commented that gauging people's wellbeing was one of the "central political issues of our time".