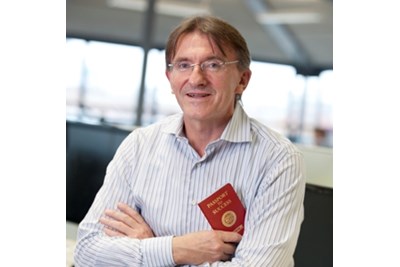 In the first of our five-day feature series on engagement, we talk to Ken Allen (pictured), CEO of DHL Express, who has just invested €100 million in a company-wide engagement initiative.

What would you do if your business had taken €115 billion of revenue in seven years, yet made a whopping €2.8 billion loss during that same period? Sell off the company? Sweep out the entire board? Or would you decide that now was just the time to invest €100 million in the world's biggest-ever employee engagement programme?

It takes a brave man to choose the latter, but Ken Allen, CEO of DHL Express, is not one to take small steps when what is required is a giant leap - a leap he took after DHL reported these figures between 2002 and 2009. "We are building the greatest international express company in the world," Allen says.

Enabling the company to get to that point has been a major turnaround story involving an engagement programme covering 100,000 employees across 220 countries, delivered in more than 40 languages and costing €1,000 per employee. For, as something of a turnaround expert, Allen knows engaging your employees is vital to deliver growth.

"Like Frank Appel [CEO of DHL parent company Deutsche Post] I believe in the three bottom lines: employer of choice, provider of choice and investment of choice. And if you believe in these, then it's about putting back into people and customers as well," he says.

"If you pick up a shipment in Durban and it goes through a beautiful facility on time, into a state-of-the-art aircraft, clears customs, goes through a great facility in London, and then the courier who delivers it to your office has had a bad day and is rude, then all that investment is put at risk.

"Sometimes in business it's the turnaround guys who get all the glory," he adds, "but it really should go to the people who are growing the business year on year keeping customers happy and delivering to shareholders."

In DHL Express, these people have now delivered three years of year-on-year growth and a top line growing faster than any of its competitors. So how did it get from a company whose problems and culture were viewed as "cancerous", to quote one US website, to one that delivered an earnings before interest and taxes of 497 million euros in 2010 and €927 million in 2011 - with hopes to make ?1 billion in 2012?

Well, it's a story that involves Bruno Mars, DHL passports, cross-company collaboration and a CEO who resisted the pressure to put the whole programme under HR.

It all started back in 2008 when Allen was sent to head up DHL Express's loss-making US business. Deutsche Post had pursued a strategy of acquiring domestic businesses that had proved flawed. And nowhere was this more apparent than in the US, where it was haemorrhaging money.

"At the first board meeting the finance guy put the figures up and said 'Ken, we've lost €182 a month. But the good news is, it's €3 million better than plan'," recalls Allen.

It was clear the company had to get out of the domestic business. But Allen and his team felt there was still the kernel of a strong international side and, if DHL were to exploit this, a presence in the world's biggest economy was essential. The question was how to turn around the US business, laying off tens of thousands of people in the process, without undermining morale and performance?

His answer was a new business strategy focused on being the best international express specialist in the world.

"It was all about the drive to get back to what we were good at," Allen explains. "I'm a big fan of Jim Collins and believe in his Good to Great thinking, but moving to this brings a massive burden to it. When you are trying to clean things up, hiving off businesses and moving people on, well that's one thing. But if you want to be great, sometimes you have to move good people on because they're not moving fast enough or in the right direction.

"What I learned from Collins' book is that hope is not a strategy. If you're 15th in customer service you are not getting to number one anytime soon. You have to build on your strengths. We invented this business in 1969, we are the most international and still market leader despite setbacks. What we needed was for all our people to be right behind it and backing it all up. We needed our people to feel different and involved."

Thus the idea of Certified International Specialist (CIS) was born. At this stage CIS was a practical learning programme designed to enable the transition of the US business from a domestic to international focus built around key fundamentals of the business.

But when Allen was appointed to the main board of Deutsche Post the following year, running the entire Express division, he found similar problems in other markets. The response was to re-engineer away from being a mass-market domestic operator and turn into the certified international specialist.

"Why is DHL Express different? It's the most international company in the world," says Allen, noting that in 1985 it was in more countries than Coca Cola and the United Nations. "People talk about BRIC countries, but we have been in India and China since 1980 and Brazil since 1978, building up relationships with customers and good ground coverage. In Europe there's no point trying to build business between Spain and Italy - people are looking for Vietnam, Sri Lanka, China. We've operated in these countries for many years so if businesses, especially smaller ones, need a partner we are the most logical place to go."

This is what makes people proud and excited to work for DHL Express, says Allen.

"If I were a young guy again in a disco and saw a lady and went across, I could say 'my name's Ken Allen and I work for the most international company in the world'. It's a great feeling and something people can relate to. I think everyone's a salesperson - you don't know whom you're going to meet on holiday, on the bus or in a bar. Our employees can go up to anyone and say 'I work for DHL, the most international company in the world'."

Fundamental to executing this strategy was turning CIS into something more than just a learning and development programme - something that reconnected every single global employee to the business. And to do this, Allen did not turn to a traditional culture-change HR consultancy but to a marketing one, creative agency Maverick.

Owen Rees, group client services director and co-founder of Maverick (pictured above with Allen), explains: "We had to take it to a level that was not just about educating but inspiring, with a cultural and motivational element to it. Employees are customers. If you have cutting-edge creativity focused on customers externally, why not engage the same way internally? HR is stepping into marketing, but most HR people do not understand brand. You need to serve employees with the same quality content and excitement as customers."

"I think bureaucracy comes from an environment where you don't really understand what is going on," says Allen. "For example, if you say to a courier 'you have to scan this shipment 10 times at various places along its journey', they might think, why? But if someone shows them at a macro level how the whole thing works and how their bit fits into it and how it improves quality and the system, you move to another level as they also suggest ways of improving it further."