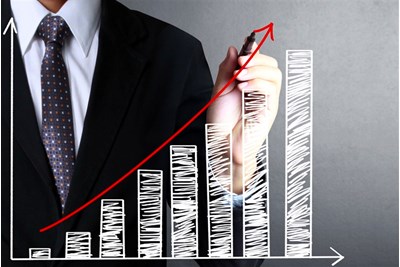 Keeping employees engaged and enabled improves an organisation’s bottom line while better preparing it for future challenges, according to the latest research by Hay Group.

The paper Engaging hearts and minds: Preparing for a changing world sets out to assess any tangible benefits of an engaged workforce. It also examines how engagement can be used as a tool to make workforces agile and adaptable to change. It is based on data from Hay Group’s database of more than 7 million employees globally.

“We’ve seen through research and wider studies that there clearly is a causal link [between engagement and success],” he said. “Clients that improve their engagement enablement see an improvement in performance over subsequent years.”

Hubbard went on to explain that engagement itself is not enough. While employees can feel engaged at work, without the right tools to succeed they can become frustrated. So employers need to ensure staff are “enabled” as well as engaged.

“That organisations care about their people has to be a good thing. But it needs to be genuine and have integrity. It’s also about how businesses support people and channel their engagement productively,” he said.

“I see it that the glass is more than half full in terms of HR wanting people to perform – it’s naturally what people do. But sometimes it’s actually the organisation itself that’s holding them back from performing at their best.”

Data in the report supports the idea that when engagement is combined with enablement it brings results. About four in 10 (41%) employees say they face barriers to succeeding due to a lack of resources at work. But those identified as having high levels of both engagement and enablement are 50% more likely to exceed performance targets.

A big part of the report’s focus is the way employees and organisations can prepare for employment trends of the future  and the important role that engagement plays.

It reveals that almost half (43%) of employees do not believe their employers communicate openly and honestly about change, instantly creating a barrier to adapting effectively. Additionally, almost half (46%) are concerned about the pace of decision-making at their organisation.

Premier Inn and Whitbread head of communication and engagement Ruth Jackson told HR magazine the responsibility for preparing employees for future changes falls to every major function. But she adds that HR specifically has a role in “holding the mirror up” and communicating change.

“I think the part HR plays is in sharing information and saying ‘have you thought of this?’. We’ve done some work recently about what the workplace will look like in 2020 and what demands we will be facing,” she said.

She added that factoring in future growth makes it even more challenging for Premier Inn, as it will be for many businesses operating in an economic recovery.

“We’ve got to be ready for the changing needs of the workforce and what business is going to look like, and we’ve got to be agile in terms of our growth plans,” she explained. “We have to help, support and work alongside any department, and think about what skills we’ll need in the future and what the workforce is going to demand from this working environment that we create.”