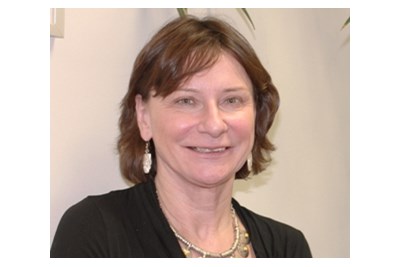 Some of the proposed employment reforms are upon us, such as fees for lodging an employment tribunal claim. Others are still being mulled over, such as TUPE.

Personally I think the programme of reforms so far is a curate's egg - good in parts.

However, I find myself increasingly uneasy about a phenomenon of which I see evidence on a weekly basis. On the one hand, certain bits of the law - discrimination law and public disclosure in particular - lend themselves to widespread abuse by certain employees.

I defy any public or voluntary sector body to declare they have not had their organisation turned upside down and incurred breathtaking levels of trouble and cost at the hands of somebody manipulating these laws to their own ends when no discrimination or disclosable breach of law has in fact happened.

On the other hand, I have recently personally encountered a number of examples of commercial companies running a bus with impunity through the rights of individual employees around things like fair dismissal and fair handling of redundancy. Typically in such cases the individuals have no union representation and can't afford good legal representation. Moreover their companies have the power to terrorise co-workers into not testifying on the employee's behalf in internal or ET proceedings. And in any case the employee is too scared to take action because at best they won't get a reference and at worst they fear active retribution in the form of sabotage to their future employment prospects.

An example concerns a young friend of mine - let's call her Kirsty - whose employment start-date put her in the category of having to serve 12 months' continuous service to lodge an unfair dismissal claim. The small company employing her had raised no issues whatsoever with her performance or conduct, but at 11 months and two weeks told her she was dismissed. The real reason was that they wanted to give her job to a friend of one of the managers, and she was the most disposable because she didn't socialise with the others. They gave her two weeks' pay and promised her a good reference. Under normal circumstances the Kirstys of this world would swallow their shock and hurt, put up and shut up.

This company weren't to know that Kirsty's mum's friend is an employment lawyer who isn't a bit worried about the unfair dismissal qualifying period being met. Kirsty is gay and in the absence of any evidence of dissatisfaction with her work it is going to be very difficult for the company to demonstrate to an ET that this wasn't the reason they dismissed her.

This case illustrates two points. Firstly that with the increase of the qualifying period for unfair dismissal to two years, what the lawyers all predicted about people simply taking more discrimination claims is going to prove true. Who on earth was the government listening to when it pressed ahead with that one? It remains to be seen whether the introduction of fees will pose a deterrent to people doing this.

Secondly, protection in employment law is a lottery, depending on what kind of organisation you happen to work for and who you happen to know. If you work for the kind of organisation that is pretty much structured around employee rights - for example a local authority or a housing association - you are more likely to have the knowledge, confidence and backing to pursue your rights in law, whether or not they have been breached. If you work for a bad employer, particularly within the very different culture of the commercial world, you are likely to find it much more difficult and intimidating to find justice when your basic rights - such as not being unfairly dismissed or having your pay and terms cut on a whim - are breached.

This imbalance, with employment law as it stands often not serving anyone's interests well at the end of the day, is a conundrum which I can't see recent and proposed reforms really getting to the root of.

I'm not sure what the answer is, but would welcome hearing the experiences and views of HR colleagues.