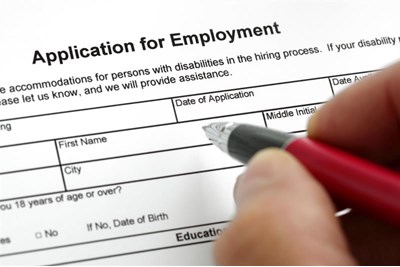 This would mean that employers could, for the first time, be required to provide at least a basic reference for any former employee.


The proposals form part of the government’s response to an inquiry conducted by the Women and Equalities Select Committee. The government said in its response that it could understand why the threat from an employer of withholding a reference could pose a problem for victims of sex or other discrimination.


Leadsom said the move was aimed at a minority of businesses who behave unfairly. “I am determined to make the UK the best place to work and grow a business – including levelling the playing field between employees and employers. The overwhelming majority of businesses comply with the law, treating their employees with respect and fairness,” she said.

“But we cannot tolerate the small minority that use nasty tactics like non-disclosure agreements and withholding references to pressure employees into silence, often in cases of serious wrongdoing. These proposals ensure individuals are protected, striking a fair balance between the interests of employers and workers.”

The government response to the inquiry also said the online publication of employment tribunal decisions should not disadvantage claimants, after MPs pointed out that people with particular types of claim may be negatively affected by aspects of the tribunal system.


Many of the recommendations made by the committee were addressed in a raft of proposals announced in July to crack down on misuse of non-disclosure agreements (NDAs), including legislation ensuring that confidentiality clauses cannot prevent individuals disclosing to the police, regulated health and care professionals or legal professionals.

New legislation around NDAs will also include making the limitations of a confidentiality clause clear in a written statement so employees understand what they are signing. This would extend current legislation so that individuals signing NDAs would get independent legal advice on the limitations of a confidentiality clause – including making clear that information can still be disclosed to the police and to health and legal professionals, regardless of an NDA.

The government has not yet confirmed when consultation over this latest proposal on references is likely to open, and when any subsequent legislative changes are likely to come into force.

Hephzi Pemberton, founder and CEO of Equality Group, welcomed the proposals. “It is my sincere hope that these new protections will pave the way towards an improved, more collaborative future," she said. "The select employers who use such scare tactics, in order to unduly keep their employees at their company or, on the flip-side, to drive certain employees out, must be unveiled, because diversity and equal opportunities are no longer buzzwords or optional extras in the workplace and in wider society full stop."


She added: "It is excellent to see the government actively taking steps to remove this discrimination, and it is incumbent on all leaders in the public and private sectors to do the same.”

But Paul Holcroft, associate director at Croner, said that many employers already struggle with how to write references, and that new legislation could make the process even more confusing. “Employers are already cautious when it comes to writing references for former employees and, because of this, tend to confirm only the role that the individual was employed in and the start and end date of employment without giving any details on their performance,” he said.

“The fear is that any wider information they give may be construed as unfair or misleading and result in legal action from the ex-employee. Some employers may steer clear of responding to a reference request altogether, and this is perfectly legal except where there is a written agreement to provide one, or where the specific industry requires it.

“Forcing employers to provide a reference is only likely to increase the current fear. Without any guidance on what is or is not acceptable to include in the reference, this will result in more references stating the briefest of facts and will give a prospective employer no useful information on their applicant.”

Maria Miller, chair of the Women and Equalities Committee, stressed that the impact of NDAs could also not be ignored: “While we appreciate that this is a legally-complex issue the government is taking seriously, we are also aware of the emotional, psychological and financial [impact] the use of NDAs can have on individual employees and their ability to work," she said.

“There is an urgent need for the government to now act on our report and their own consultations on employment tribunal time limits, sexual harassment in the workplace and the new single labour market enforcement body to improve the protections for people who suffer discrimination or harassment at work.”


References: What you need to know

Should standard references be scrapped?