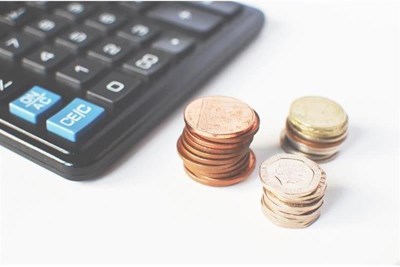 Employers have 90 days to notify HMRC of any accidental claims of coronavirus financial support, following the passing of the 2019-21 Finance Bill last week.

A taxation clause added to the Finance Act could see employers hit with financial penalties if they have claimed funds when they shouldn’t have.

As the charges could apply to employers that have claimed the funds in genuine error rather than deliberately, the move has been criticised by tax experts.

Speaking to The Telegraph, Joanne Harris, technical commercial manager at accountancy and tax firm Nixon Williams, said: "While it is right that HMRC should take a tough stance on deliberate fraud in relation to these support schemes, the potential for genuine errors is high with the CJRS, particularly as government guidelines have been seemingly unclear and are changing frequently.

"Therefore, in these unusual circumstances, a softer approach may need to be taken."

The changes are part of HMRC’s attempt to crack down on abuse of the government’s financial support schemes which recently saw the self-employed prompted to return funds if claimed in error.

Draft legislation showed recipients who were not entitled could see every pound of funding claimed converted into another pound of income tax liability, meaning that businesses may have to pay back up to 100% of the funds they initially claimed from the government under the schemes.

In addition, if businesses knew they were not entitled to receive or retain the support and fail to notify HMRC, a penalty will be applied.

For a voluntary disclosure after the extended 20 October deadline, penalties could be between 30-100% of the funds claimed.

If the claim is brought to light by the HMRC after the deadline, claimants could receive a 50-100% penalty.

For claims of the CJRS in particular, in addition to proving they were entitled to the funds, employers have to assure that funds were paid to furloughed staff within “a reasonable period.”

Speaking to HR magazine Richard Morley, partner at accounting company BDO, urged any HR managers involved with their business’ CJRS to double check their claims to make sure they have been received appropriately.

He said: “Given that HMRC has clearly started to actively follow up on tip-offs and potentially incorrect claims, including a recent arrest, businesses and individuals should start reviewing their furlough claims now.

“As well as following up whistleblower reports, we expect HMRC to use its ‘Connect’ computer system to flag anomalies in claims, while looking at industry and sector norms. Anyone needing to make a disclosure of an incorrect claim should seek specialist professional advice without delay.”

As of 19 July, 1.2 million employers in the UK had furloughed staff members. The number of furloughed employees was at 9.5 million, equating to £29.8 billion in funds provided by the government.

Up to 2 June, HMRC had received a reported 2,000 claims relating to mis-receipt of the CJRS and, according to Harris, of 900 of these cases that had been reviewed, two-thirds of businesses had action brought against them.