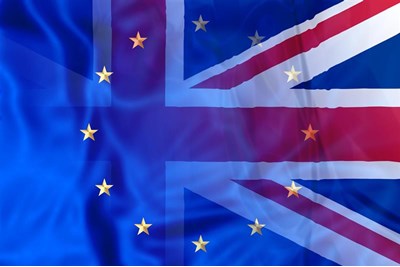 Employers across the UK are dealing with the aftermath of last week’s referendum, in which the country voted to leave the European Union, and the subsequent political and economic turmoil.

The result of the EU referendum led to David Cameron resigning as prime minister, the pound falling to its lowest level against the dollar since 1985, and £120 billion wiped off the FTSE 100 in the worst day of losses since the recession.

The referendum result has also led to a Labour party revolt, with 11 members of the shadow cabinet (so far) resigning in protest against Jeremy Corbyn’s leadership.

The uncertainty over the next steps for Britain – given the government has yet to trigger Article 50 of the Lisbon Treaty, which would give the UK two years to negotiate its withdrawal – is leading to much nervousness among UK-based businesses.

The BBC reported that HSBC would move up to 1,000 staff to Paris from London if the UK was to leave the single market.

Speaking on the Andrew Marr Show, business secretary Sajid Javid urged businesses to remain calm. “There’s no need to panic. We have to take a calm approach,” he said. “Nothing is going to change for at least two years so businesses can plan around that. Let’s look at what opportunities this throws up.”

However, research conducted before the referendum by Jelf Employee Benefits shows UK plc were not prepared for the result, with 83% of businesses surveyed saying they had no formal plan in place should the UK vote to leave the EU.

And post-referendum research from the Institute of Directors has found 64% of firms think Brexit will be bad for business. The research also revealed 24% will put a freeze on recruitment, and 5% will make redundancies. However, 32% said hiring would continue at the same pace as before the result.

“Leaving the EU will have a profound effect on the workplace, and HR will play a key role in advising and informing staff on the Brexit process and its impact on individuals,” he said.

“However, the HR function needs to address an additional challenge. The referendum outcome hasn't only created a sense of uncertainty from staff but also genuine dismay [among some]. HR therefore needs to communicate with authenticity, empathy and confidence to reinforce and safeguard corporate principles and strategic direction.”

Dodman added that the moment the result was announced the University of Sheffield focused heavily on communication. Actions taken include setting up a dedicated website with pertinent information and a specific email account for staff to send questions to. The university will also be sending personal emails to all European staff members.

“All of the communications have sought to acknowledge the deep and profound concerns that staff and students may have and offer assurance that there will be no immediate material change; referencing the two-year negotiation process set out in the Lisbon Treaty,” said Dodman.

Duncan Brown, head of HR consultancy at the Institute for Employment Studies, told HR magazine employers should seek to reassure workers. “[The message should be:] Don’t panic, nothing will change for a while, [we are] reviewing our options and we will involve you,” he said.

Simpson Millar employment law partner Aneil Balgobin said employers need to be wary of losing talent unnecessarily, in case their European employees currently in the UK panic and decide to look for work outside the country.

“Employers need to be swift in reassuring staff who could feel destabilised and may be looking outside Britain for a more secure role – triggering a talent drain at a time when many companies need their core capacity the most,” he said. “But this is a time for calm while everyone takes stock. The worst thing employees can do is make rushed decisions that they may later regret.”

How to support staff who are worried after Brexit