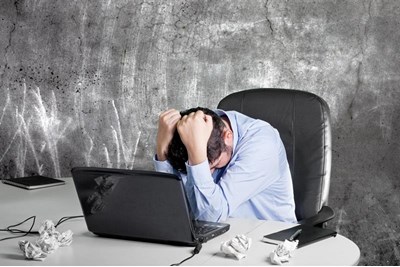 It surprises me that bipolar mania isn't really mentioned, as it's these symptoms that are probably the hardest to spot and/or understand. Irritability, for example, isn't commonly associated with ...

​The majority of UK employees struggle to identify symptoms of common mental health conditions, resulting in treatment delays for millions

A study from Bupa examined employees’ understanding of the key symptoms of six of the most prevalent mental health conditions in the UK, as well as identifying widely-held misconceptions.

Approximately one in four British people experience problems with their mental health each year. Mixed anxiety and depression is the most common mental health condition, according to Mind.

Bipolar is the most misunderstood mental health condition, with 85% of people unable to identify the most common symptoms of feeling sad, hopeless and irritable, lacking energy, and having difficulty concentrating. Further symptoms include elevated mood and hyperactivity. Obsessive Compulsive Disorder (OCD) and Post-Traumatic Stress Disorder (PTSD) are also commonly misunderstood by the majority of employees, misunderstood by 85% and 54% respectively.

Common misconceptions about mental illness at work included believing that OCD involves ‘liking things to be neat and tidy’, that PTSD means ‘being violent’, that anxiety is ‘being afraid to go outside', and that people with mental health problems ‘spend more time at home’.

More encouragingly, nine out of 10 (91%) are able to identify the key symptoms of depression and half (49%) are able to recognise the most common signs of anxiety, such as restlessness, a sense of dread or insomnia.

The study also highlighted how attitudes at work affect our understanding of mental health, with a quarter (24%) of employees being influenced by their colleagues and their organisation’s mental health policy (22%).

“Intervening in a mental health issue early can help us get on a path to recover, or manage symptoms at the earliest possible opportunity, which has the potential to improve our lives both socially and emotionally. Educating people to be mental health-aware is the first step to encourage early intervention, but as [this] research reveals there is a deeper knowledge needed if we are to improve outcomes for those affected by mental ill health,” she said.

Bonnar added that the charity is working to train one in 10 people in mental health first aid to tackle the problem.

“To drive change MHFA England is working to train one in 10 of the population in mental health first aid, which is evidenced to increase knowledge of common mental health issues, and confidence in offering support on a first aid basis. Our vision is to create a society where people are skilled to be able to look after their own and other’s wellbeing, including developing a deeper understanding of the signs and symptoms of a range of mental health conditions.”

Opinium Research surveyed 1,098 employed UK adults aged 18-plus between 22 and 25 May 2018 on behalf of Bupa. The results are nationally representative.
Comments

It surprises me that bipolar mania isn't really mentioned, as it's these symptoms that are probably the hardest to spot and/or understand. Irritability, for example, isn't commonly associated with mania, even though it is one of the diagnostic criteria. People talk about breaking down stigma, but I believe that this can only really be done when people understand the illnesses. Maybe short pieces on common illnesses would be useful?