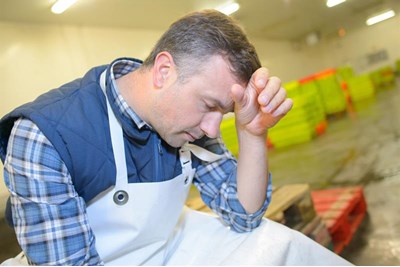 A stressful day, job worries, early starts and late-night working were the most common causes of sleeplessness

More than a third (36%) of workers are struggling to get a good night’s sleep because of their job, according to research from Willis Towers Watson (WTW).

Its 2017 Health & Benefits Barometer surveyed 1,123 workers and found that of the respondents who struggled to sleep, more than half (55%) cited difficulty in winding down after a stressful day as the main reason for sleeplessness. The next most common cause of disturbed sleep was job worries (45%), followed by early starts (41%) and late-night working (35%).

The research suggests employers are not taking the problem seriously. Two-thirds (65%) of workers said tiredness has become a bigger workplace problem over the past five years, but the research revealed that just 17% of employers proactively educate their employees on the effect of sleep on wellbeing.

Mike Blake, a director at Willis Towers Watson Health & Benefits, warned that the work environment is no longer confined to the office, with the stress of heavy workloads creeping into home life.

“While companies may benefit from a perceived ‘increase’ in productivity in the short term, ongoing stress coupled with lack of sleep can have an overall negative impact on operational performance,” he said.

He added that employers could take action to help. “Employers who become more attuned to the needs of their workers outside the office are more likely to retain a happy and healthy employee base,” he said. “Companies should aim to identify and tackle potential issues before they become a problem. Open dialogue is key to establishing a positive workplace culture that addresses and mitigates stress and fatigue.

Blake suggested this will allow managers to identify dips in productivity and tackle the root causes before more serious issues arise, such as absenteeism and presenteeism. “By placing an emphasis on the importance of sufficient sleep workers will feel more comfortable approaching managers about fatigue, and solutions can be found – such as meditative practices, review of workloads or flexible working hours,” he said.