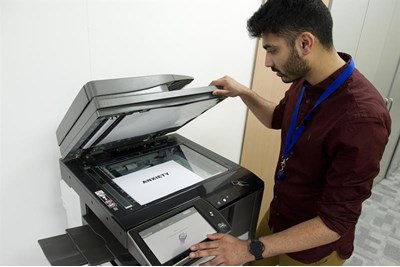 More than half (53%) of employees with mental health conditions have not made their employer aware of it, according to research from Canada Life Group Insurance.

Almost six out of 10 (57%) UK workers have suffered from mental health problems while in employment, but concerns surrounding privacy (49%), worrying their employer might think they can’t do their job properly (17%), and embarrassment (11%) were found to be the three key factors that cause them to hide their condition.

The researchers discovered that employees with mental health issues often felt too embarrassed to ask for time off. More than four in 10 (44%) of those experiencing mental health problems wanted to take leave but felt unable to do so. One in five (20%) chose not to ask for time off because they felt embarrassed, while 9% were afraid that their employer would treat them differently as a result. Some 11% were too scared to even ask their employer.

The results also reflect a stigma around mental health. Although 52% of those who haven’t experienced mental health problems acknowledged there is stigma attached to it, 16% of non-sufferers agreed with the statement 'everyone gets stressed and to treat it like a physical illness is an overreaction'. One in 10 (10%) believe people place too much emphasis on the seriousness of mental health.

Paul Avis, marketing director of Canada Life Group, said that it is evident far more needs to be done to combat mental health issues in the workplace. “Stress and depression are serious and need to be treated as such,” he said. “The implications of ignoring mental health, or seeing it as less important than physical health, are hugely damaging to employee wellbeing and business culture.

“Too often mental health is swept under the carpet and ignored – either because of the stigma surrounding it or a lack of employer procedures – despite being something that affects more than half the UK workforce at some point in their working lives.”