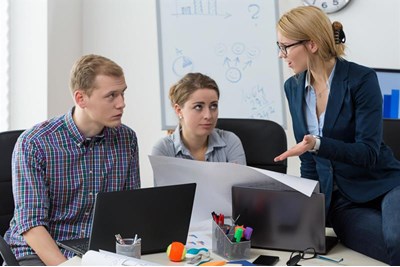 
The 2016 Global Workforce Study found less than half (49%) of the 2,447 UK employees surveyed trusted or had confidence in their organisation’s executives.

Less than half (41%) believed their leaders were interested in employee wellbeing, and only 35% thought their organisation was doing a good job developing future leaders internally.

The research showed less than half of employees (49%) believed their managers communicate goals and assignments clearly. Even fewer said their managers made fair decisions about how performance is linked to pay (40%), while a similar number (44%) believed managers have enough time to handle the people aspects of the job.

One of the key leadership tasks requiring strong people skills is performance management, but the research indicated skill levels here were low. Only just over a third (38%) said their managers provided performance improvement coaching.

“With today’s dynamic business environment and the changing nature of the new world of work, the need for strong, effective corporate leaders and managers working together is at an all-time high,” said Yves Duhaldeborde, a director at Willis Towers Watson.

“The fact that a significant percentage of workers don’t believe their leaders are as effective as they can be is a concern; given that strong leadership is a key driver of employee engagement and improved performance.

“Given the increasingly important role that managers and supervisors are playing in defining the work to be done, motivating workers, and ensuring a sufficient talent pipeline, many organisations are taking a keen interest in how manager behaviour affects engagement and how managers can build more engaged teams,” said Duhaldeborde.