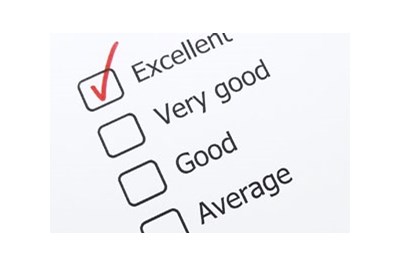 I was initially very concerned when I read that in your experience, few people had heard of employee engagement. I was then relieved to see the date of this article from 2013, and this gave me hope ...

It’s now a few years since David McLeod and Nita Clarke’s ‘Engage for Success’ report came out, and they have inspired several high profile employers to promote the Engage for Success movement.

Their recent review has identified four 'enablers for engagement': strong strategic narrative, engaging managers, employee voice and organisational integrity. They point to the ever-growing body of solid evidence showing the link between engagement and higher performance and profitability.

I am absolutely signed up to all this and have seen the impact on client satisfaction rates and all other measures of performance in my own organisation. The trouble is that whenever I deliver speaking engagements and training sessions for non-HR managers on things like organisational development, leadership, performance management and culture, when I ask the audience who has heard of employee engagement, almost nobody ever has.

I recently asked 150 senior and middle managers in one organisation who could define 'employee engagement' for me and only one person could hazard a guess.

Even where HR professionals in organisations are explicitly banging the drum for engagement within their organisations, they often report that they are banging it against a brick wall as far as getting real buy-in from their senior teams is concerned.

Too often I come across HR people who still believe that engagement is something that can be done through specific initiatives and they often assume for themselves the mantle of making sure it happens. Without senior buy-in it's more of a poisoned chalice than a mantle.

As one person put it at an Engage for Success meeting I attended recently, "Engagement is not something you do, it's about how the organisation is." I totally agree with this, although I don't agree with people who claim that you can't measure engagement. You can if you don't seek to be absolutely purist about it. You simply include a handful of classic engagement indicator questions in your staff survey and average up the positive responses to these to arrive at the percentage of your employees who love the organisation and want to go the extra mile.

Since the power of engagement isn't percolating as widely and as deeply as it needs to do, if we are to boost take-up of the practices that are needed to drive it, perhaps we need to start turning the concept on its head. By focusing on engagement, we are promoting what is essentially a by-product of a well-led, well-managed and therefore high performing organisation.

Most boards and senior managers do get the concept of improving production and customer satisfaction, increasing profits and having a positive working culture without employee disputes regularly wasting everybody's time and energy. We need to start marketing the end results rather than the concept of engagement which is too intangible to persuade many people to really bite on. For example, the movement could be called 'improving organisational performance and profits'.

Then we need to be able to describe exactly what organisations need to do in order to be able to get the levels of employee buy-in and effort to achieve a high performing workplace. Engage for Success's enablers for engagement are the right four pillars. But they need to be boiled down to exactly what you need to do in order to embed them in an organisation.

It isn't rocket science. It's about the processes and accountabilities that an organisation has in place to ensure that leadership and management tasks are carried out as rigorously as sales, marketing and product development tasks. Because for many managers the former are much less congenial than any of the others, they need to be reminded again and again that this is about company performance, not employee engagement (a term which many will interpret as simply trying to make staff happy).

The proof of the pudding is in the eating. With my consultancy hat on, every time I have worked with a CEO who is genuinely committed to achieving a high performing culture and has led the embedding of back to basics good people management in their organisation, within two years they have achieved an employee engagement index of 80-95%. At no time within that have they attempted to implement anything that could be dressed up as a sparkly, award-winning 'engagement initiative'. They have simply understood that they need to improve company performance by managing the efforts of their people in a disciplined but empowering way, and their managers need to be trained and supported to do this and face consequences if they don't.

I was initially very concerned when I read that in your experience, few people had heard of employee engagement. I was then relieved to see the date of this article from 2013, and this gave me hope that by now people's eyes may have been opened to the value of working with their employees to create a positive company culture for an engaged workforce. I hope that CEOs and leaders are now also realising how important it is to take a more holistic approach to the well-being of employees, because how people are as a whole is how they show up for work. Nurture the individual and create and environment where they can flourish.

Young are critical to recovery