Employee engagement in UK businesses lags behind the global trend, according to ORC International 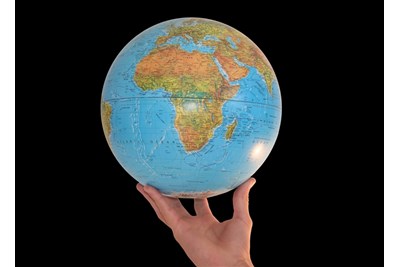 The overall picture of employee engagement in the UK is lagging in 2011,according to the global Perspectives survey.

The employee survey from ORC International, published on Friday found the UK fell four places in the global engagement rankings to 17th.

The UK job market has suffered extensively as a result of the financial crisis. Among other influences, the £95 billion government spending cuts have resulted in job losses, mass change and a continued outlook of uncertainly for the UK workforce. This turbulence has certainly carried over into this year's engagement scores.

ORC International's statistical analysis identified the three questions that have had the greatest impact on engagement scores. Two of these specifically relate to senior management.

When presented with the statement: 'There is a positive relationship between management and staff in this organisation', employees were only 43% positive in the UK (This compared to 56% in the US).

When asked to respond to how well managed the organisation is as a whole, UK employees were 48% positive (56% positive in the US).

In relation to the enjoyment of day-to-day tasks, respondents were 54% positive in the UK (63% in the US).

While scores relating to the general enjoyment of their jobs were in line with global averages, the negative perceptions on senior management in the UK have had a big impact.

In contrast, engagement has been on the rise in the US; up three places to 5th overall. US employees are a lot more positive on these management questions - going a long way to explain the 2011 engagement increase in the US.

Rory MacNeill, MD of ORC International's employee research division, said: "This year's results show that good management continues to play a key role in driving employee engagement up. Effective leadership has led to positive scores in US organisations, but employers in the UK must look at their approaches and put measures in place to improve perceptions of management. If they don't, they risk a continuing downward engagement trend".

This year's overall worldwide picture of engagement is largely unchanged. At 57%, the Global Employee Engagement Index (EEI) was identical to 2010.

China's engagement index had the most dramatic increase of any country from 2010, jumping seven places to second overall in the 2011 global engagement rankings. India remains on top with an overall engagement ranking of 74%; up from 66% in last year's survey.

ORC International's global Perspectives survey took place in March 2011. It gathers the opinions of employees in 18 countries, and explores the picture of global employee engagement. With the exception of the Netherlands, a sample quota was specified geographically and achieved for each country. A response was considered valid if at least five attitudinal questions were complete; otherwise it was removed from the analysis. As such, the number of actual returns included in the analysis differs slightly from the target sample size. There was a total of 9,246 returns.