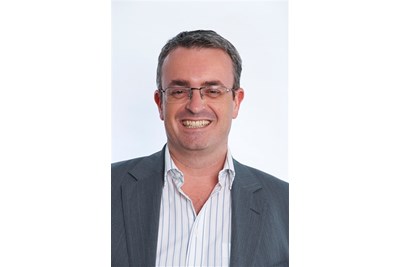 A few years ago, mobile operator EE needed to rethink its contact centre strategy. Director of frontline talent and resourcing Stephen Barratt shares how it did so, and helped bring down youth unemployment.

“As two large high street brands coming together ?[T Mobile and Orange merged in July 2010], we faced a number of challenges and opportunities. During harmonisation, we saw an impact on early attrition in our contact centres. As in any time of turbulence, people were voting with their feet. We were hiring and losing vast numbers, and it was time to take stock.

We had to take a different perspective on the market. I did a lot of work with the Office for National Statistics looking at the regions our contact centres were in, and three were in the top three most deprived areas in the country: Sunderland, North Tyneside and Merthyr Tydfil. The 16-24 market was most heavily impacted, so we thought about how we could make this work appeal to that market.

It was about bringing people’s tacit skills to the front, rather than about what they’d learned academically. We designed a 16-month apprenticeship scheme, paying £10,000 a year. For a year, people work with us nine days out of 10, and are at college for one day. We decided to work with regional colleges as they appreciate the diversity of the region they operate in. The first two cohorts came in April 2012, and by the end of this year we’ll have had 1,000 apprentices going through. We’ve launched apprenticeships in our retail stores and in our corporate areas too.

There are two different streams. One is the capability to have the skill and the know-how to do the job. The other, which is more difficult, is job readiness. We had people who were third generation unemployed. The nature of getting out of bed, getting yourself prepared for work, being on time and taking instructions didn’t suit everyone. It was more difficult to bring people through without the right discipline than those who just needed to be educated in how to do it. We told the colleges that we needed their day to be geared towards being ready for the workplace.

By using apprentices, we’ve brought some work back on-shore. Entry-level work in the past was done by people in the Philippines or India. But there’s nothing to stop our apprentices taking those calls, learning their trade in a safe environment. We can start bringing this work back, and it can be done well and cost-effectively, while providing learning. The employee and employer benefit. Now our career framework starts from apprenticeships. Without that, you’re on a repeat cycle where people move for the next £500 pay increase.

I went into this programme with a healthy degree of scepticism – not about our ability to do it but about the perception of the contact centre industry. But we had an enormous response. The quality of talent we had apply broke down our preconceptions about the youth market. I don’t believe the education system is failing. We are getting real pedigree, who just want direction and structure around their career.

If you want the finished article to turn up on your doorstep after the second interview, you’ve got to broaden your horizons, because you get back what you put in. This can’t be a CSR initiative, but neither can it be thought of as a great route for cheap labour. This isn’t capital fodder; these are human beings with great talent who are going to build the foundations for your organisation going forward. They are your customers of tomorrow, and potentially your leaders. The balance between an available market and a skills market must be brought together.”