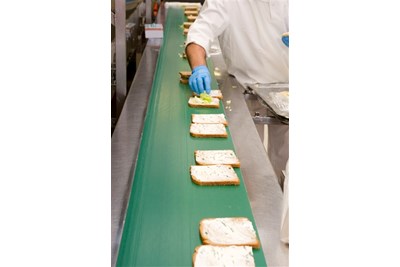 Talking tough on immigration may win votes, but business chiefs are far from impressed.

Lately migration has become even more of a political hot potato, with the rise of the UK Independence Party (UKIP) causing both Labour and the Conservatives to openly argue about the numbers.

Since the current points-based immigration system was phased in between 2008 and 2010, the rules have only become more complicated, and a permanent cap on non-EU migrants was introduced in 2011.

Some voices in Westminster are calling for the cap to be extended to workers arriving from within the EU. David Cameron has proposed a net cap of 100,000 for all immigrants, regardless of origin. And the issue is being used as a critical topic in the run up to the May 2015 election.

The sensitivity of the topic is clear. HR magazine approached several government and shadow departments to discuss this issue. It was rebuffed, and the only party willing to comment, unsurprisingly, was UKIP, which is opposed to the UK’s membership of the EU.

UKIP deputy chairman Suzanne Evans claims it is simply a matter of fairness. “We need immigration to fill skills gaps, but why should a doctor from India, for example, be discriminated against compared to a doctor from Germany or Spain?” she asked.

Evans also reiterates the oft-expressed line that the increase in people coming from the EU is “taking jobs away from the British people”.

But is this really true, and how are employers preparing for any tightening of the rules? Does restricting the borders with Europe risk exacerbating the UK’s skills shortage even further? These are questions HR magazine took to employers.

There are two main sub-plots within the migrant workers debate. More widely there is the problem of visas for non-EU members, which are subject to tight scrutiny. But firstly there is the issue of the free movement of workers within the EU.

Britain is committed to the EU principle of “freedom of movement”. It is at the heart of several EU treaties, and is a cornerstone of Europe’s labour market. This arrangement has seen the number of EU workers in the UK rise from 762,000 in 2003 to more than 1.7 million today.

While there is a clear business case for hiring EU workers, there are concerns it affects young Britons entering the job market. The CIPD report appears to dispel this theory; two-thirds of employers report the availability of migrant workers has no impact on opportunities for young people (aged between 16 and 24), although 6% admit it has affected opportunities “to a large extent”.

The report’s author, CIPD labour market adviser Gerwyn Davies, believes it can be “unhelpful” to focus on migrants’ impact on younger workers. He points to evidence that suggests migrant workers are more likely to create wealth, subsequently creating more jobs.

This is borne out by the figures – employers with migrant workers are twice as likely to offer apprenticeships than those without. However, he does admit that “there’s a bit of a concern” around NEETs.

“If you have an EU migrant  who is a graduate and over the age of 26, then it’s unsurprising that they will get the job over an unskilled, inexperienced young person,” Davies explains. “We need to look at education and training for those young people to give them a better chance of competing in the jobs market.”

Produce World group HR director David Frost knows a lot about employing EU workers. Around 55% of the company’s 26,000 staff are European, largely from Poland and other eastern European countries.

He says that often when you recruit from these countries you may be getting someone hugely overqualified.

“We had someone coming into one of our factories with a degree in astrophysics,” he says. “It’s hard to imagine a young Brit with similar qualifications coming into that role. With these highly-qualified people we have a good supply of future leaders.”

Under the points system for non-EU workers, employers must be able to demonstrate that they are bringing in staff for a role with a specific skill set and at a pre-defined salary.

Brompton Bicycle managing director Will Butler-Adams deals with this system regularly. Leading a company that is looking to build a strong export model beyond Europe, he sees the ability to bring in staff from further afield as crucial.

“A large part of our market is export,” he explains. “Within that the fastest-growing sector is Asia. And if you want to understand new markets you need to bring that culture into your business.”

The desire to fully embed cultural diversity into Brompton Bicycle has seen the company bring in three "Chinese speakers" over the past three years – two from China and one from Taiwan. But Westminster doesn’t always make life simple for employers taking this step, even when the workers have reached the UK.

“It has not been easy keeping them here,” Butler-Adams says. “We’ve had to do a lot of work.”

He explains the company has received help from “individual agencies” within government, but has still been hampered by the overall policy on non-EU migrants, which he describes as “not particularly helpful”.

“It’s short-termist, reactionary, political scaremongering really,” he adds. “If we want to export to certain countries what better way to engage, communicate and bring some of that culture into your business than bringing someone from that culture in?

“We shouldn’t be so afraid of letting highly-skilled, qualified workers into the UK.”

Brompton Bicycle manages to keep its non-EU staff in the UK by maintaining a good relationship with government, according to Butler-Adams. But he admits that for some smaller companies it becomes so hard to manage that “they just give up”.

Under pressure, David Cameron seems set on introducing a cap on EU migrants.

If it does happen, or the row pushes the UK out of the EU, the case of Brompton Bicycle is a salutary warning about tinkering with the effects of globalisation.

The difficulties it faces illustrate how hard it could be for companies relying heavily on migrant staff if anti-immigration politicians have their way.