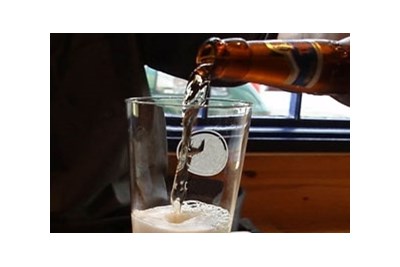 Although the UK may have some of the longest working hours in Europe, 40% of employees admit they “don’t spend enough time” socialising with their colleagues.

A survey of 2,000 British employees, commissioned by bowling companies AMF Bowling, Bowlplex, Hollywood Bowl, Namco Funscape and Tenpin, reveals 14% of workers sacrifice nights out with their colleagues as they feel so guilty for saying 'no' to family and friends.

Proving the recession has also impacted on Brits' social lives, a further 9% say they don't spend enough time with their colleagues because they can't afford it.

Similarly, British companies are equally as responsible for dwindling relationships with work colleagues, as over a fifth (21%) of businesses only host team building activities outside of work once every year. Almost half (44%) of companies in the UK never host social events for their employees.

Almost a third (29%) of employees questioned think that letting off steam away from work helps the team get on better together and 16% of Brits also state that getting on well with co-workers increases productivity in the workplace. A further 39% also claim that knowing their colleagues strengths and weaknesses helps them to work better as a team.

The survey also reveals the most endearing qualities of co-workers during office hours. The top five qualities in a colleague are:

1. Having a sense of humour and not taking things too seriously

2. Always pulling their weight at work

4. Picking up other people's work load from team members

The most important things to avoid at work are revealed as:

1. Being the smoker who takes more breaks than non smokers

2. Being the office gossip

3. Talking too loudly on the phone

4. Leaving the loo in a state

Corinne Sweet, psychologist and relationship expert, said: "Playing - as well as working - with colleagues can help us develop more 'rounded relationships' and improve trust at work. This can lead to increased creativity, productivity, friendship, even love.

"Plus, if there are minor irritations and misunderstandings at work, these can often be 'ironed out' amicably over a drink."