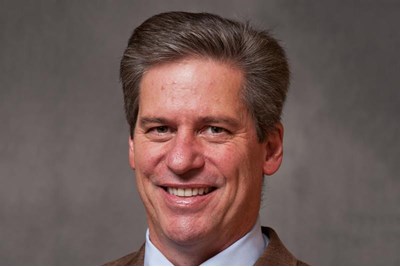 One of the key roles of CHROs is to not allow their organisations to ‘try’ to increase the diversity of the CEO successor pool, but to actually do it

For the past two years the 2017 HR@Moore Survey of CHROs has asked them about the diversity of their CEO succession pools. This past year we asked about the obstacles to building a diverse CEO successor pool and the innovative things they were doing in this area. The results are somewhat depressing.

Female and race diversity are only 10% and 7% respectively in the short term, and 15% and 12% in the longer term. CHROs reported that this is largely due to a lack of available diverse talent – either because of the industry, the technology, or because such talent hadn’t taken on the necessary roles early in their careers.

However, the most frustrating aspect of our study was what the firms seemed to be doing to increase diversity. One of the most popular answers was ‘nothing’; as in ‘it’s not a priority’. This was equaled by responses that could be summarised as ‘we’re trying’, such as ‘making diversity a priority’ and ‘identifying diverse candidates earlier’.

To quote Yoda: “Do or do not. There is no try.” One of the key roles of CHROs is to not allow their organisations to ‘try’ to increase the diversity of the CEO successor pool, but to actually do it. This will require a number of specific efforts.

One CHRO wrote that in their organisation there must be a diverse candidate on every promotion slate. This should serve as the starting point for every organisation. However, it cannot end there. Last year I was invited to examine two firms’ CEO succession practices and shown their succession lists for the previous two years. In both cases there was one woman and two men the previous year, but in the current year the woman had dropped off. This may stem from coincidence and small samples, but it raises some questions.

Another CHRO cited ‘unconscious bias’ as the biggest obstacle to diversity in CEO succession pools. While this does not account for all of the variance, examples like those above suggest it might account for some.

So firms need to gather data on promotion rates at all senior levels. If diverse candidates are on every slate but seldom get the jobs then this may indicate unconscious bias. Regardless of the cause, this calls for taking more risks with diverse candidates. Instead of going with who is perceived as the ‘best’ candidate, occasionally maybe the diverse candidate should be chosen instead.

When choosing the diverse candidate a ‘sink or swim’ attitude should be replaced with a mentoring approach. Finding mentors who can support the person in the role, help them see and avoid landmines, answer their questions, and help build their self-efficacy through positive feedback can increase the likelihood of success.

I think the most successful firms are questioning their assumptions about how high potential executives can develop the necessary skills and experiences. Thirty years ago the assumption was that women simply could not do the job, so there was no need to try. Then companies began to believe that diverse talent could do the job, but that they had to have the same development experiences (multiple moves, global assignments, etc.) as white male candidates. Progressive organisations today recognise that diverse talent can do the job, and can gain the necessary experiences in different ways. For example, does a woman need to move her family every two to three years to take on the roles the company has deemed part of her development, or can she do those roles from the same geographic location?

Mandates, measurement, mentoring, and multiple development pathways; these are means by which companies can accelerate the diversity of their executive pools. They should stop not doing or trying and just do.

Patrick Wright is Thomas C Vandiver bicentennial chair at the Darla Moore School of Business, University of South Carolina. He is ranked 13th on HR magazine’s Most Influential Thinkers list