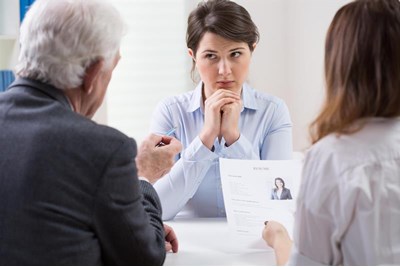 Intuition is often an overlooked part of hiring, with a significant gap between how important HR and senior business leaders view this, according to research

The report by Signium, The Intuition Index: The critical role of intuition in international business, set out to discover the value of intuition to business leaders. It challenged the traditional executive search methods which rely on data-driven competency models and psychometric testing, to show that ‘softer’ intuitive skills can be important in recruitment decision making.

The researchers said that they hoped this would encourage HR to look beyond competency-based questionnaires in the hiring process.

There was also a direct correlation between company size and the value placed on intuition. Eighty two per cent of large companies (measured by both the number of employees and turnover) said it is important, compared to 62% of smaller companies.

Bringing intuition to bear can also help to create more diverse shortlists, the research noted. While there has been a long-held assumption that competency models are unbiased and ensure diversity, this is not always the case, argued chairman of Signium Alastair Paton.

“White male extroverts will always put their hands up and say they can do a job, despite not always being a clear fit,” he said.

“But other candidates [who] would bring diversity often say they aren’t qualified enough and will not put themselves forward because they are more introvert and lack confidence in their competency fit. This is why current recruitment methods don’t work – they play to the white/male/older personality types and as a result we fail to deliver a truly broad and diverse shortlist of candidates."

A more intuitive approach to recruitment is needed to improve diversity, Paton added: “We need to use intuitive thinking that links to cultural fit and company values, and it needs to be done up front, not at the last minute when you meet the candidate. The way recruitment is undertaken needs to radically change – and this research proves it.”

The data was gathered from 606 participants (303 directors and 303 HR decision makers) from across 12 countries.