Do personality-typing tools have a place in HR? 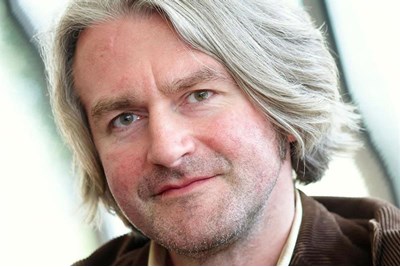 Humble apologies for the lack of spacing in my comment above. My fingers appear to be fatter than when I last looked at them! ??

Surely every HR professional has encountered personality-typing tools such as the Myers-Briggs type indicator (MBTI), DiSC or the Enneagram. If you haven’t, the process is simple: complete a questionnaire, get it scored, and hey presto your personality type is revealed.

Though widely used they are, however, not universally admired. The most positive views are held by highly enthusiastic (bordering-on-evangelical) believers. For them such tools are essential for almost everyone and everything: career development, selection, team building and so on. Next most positive are those who give qualified approval, regarding them as quite useful but only for some things. Then come the very wary and mostly sceptical who see them as somewhat helpful for a few very specific purposes, but at the same time view them as potentially a waste of time and even dangerous. Last are those who wouldn’t touch them with a bargepole.

Why such differences? In part it’s because of our personal reactions. For some discovering what they believe to be their personality type is life-changing. For others the experience leaves them cold. These differences also reflect the extent to which we like to categorise things and find doing so useful. But I think these differences exist largely because of a lack of clarity about what these tools can in principle do and what they can in practice actually achieve.

So what can they achieve? Why use them? The first reason relates to the presumed benefits of increasing awareness. These tools supposedly tell us what we and others are like as people. Having this knowledge will (so the logic goes) lead to greater fulfilment and effectiveness because we discover that we are quite different to a co-worker, and by understanding such differences we work together better.

The second reason for using these tools – and indeed any personality measure – is because personality is assumed to predict future behaviour. If we know about someone’s personality we can perhaps predict their level of performance in different roles and take that into account when selecting or designing their role.

This may seem like a picky point but it’s really not. If we incorrectly put anything into categories that don’t exist then what have we achieved? It may look neat. It may ‘make sense’. We may like it. But it’s wrong, misleading, practically unhelpful and even harmful.

Using tools that divide personalities into types is not the most valid way of measuring it.Using inaccurate and misleading measures of personality will not help to increase awareness much, nor to predict future behaviour. Which are, after all, the two main reasons for measuring personality.

Yes, I agree that a tool that labels people is counter productive. We believe that the way to use Personality Profiling in Business is to provide guidance that makes it easy for a recruiter to see what makes sense. For example, if you are hiring someone who would be checking contracts all day, you'd probably want someone that had a Natural tendency to pay attention to detail. That doesn't mean that someone else couldn't do the job, but you'll get a far better fit if you hire the person who likes that type of work. Similarly, if you are say a bank or insurance company, you might be hiring call centre staff that are required to stick to a script for compliance purposes. Our algorithm developed over 18 years now provides a simple to use but sophisticated self service platform that delivers highly accurate reports on a variety of specific job roles. This is a far cry from trying to analyse data produced from systems like the "Myers Briggs test". If for example we use the Bank or Insurance company example above. The candidates fill in a quick online questionnaire. If selected, those candidates are matched to the job role of say telesales which has all the personality traits associated with that role. If a candidate scores say 35 on the "Willingness to stick to a script" profile, then they might not be the best fit. If however the candidate scores say 75 and above, then they would be a more obvious choice on that parameter at least. There's a lot more to using these reports than the simple examples given above. We're not just talking systems here but the human side has to be considered to. The fact is that only 20 % of people are good at interviews plus many line managers lack experience of conducting them and ask fruitless questions I'm led to believe. For example, if you ask a candidate if he or she is happy with cold calling, they're going to say yes, of course, love it! Hmm. Personality Profiling uncovers the truth here as well. Back to the human side. Many people feel uncomfortable with interviews and this reflects on their performance in the interview. The reports we produce suggest the environment where it would be best to interview them, which might be for example, the office canteen or a coffee shop. A lot of people get nervous when they see the Darth Vader type across the large desk and they perform badly.

Humble apologies for the lack of spacing in my comment above. My fingers appear to be fatter than when I last looked at them! ??

Wow - the lack of depth of understanding of personality instruments seems a perennial issue. The myth is that personality instruments tell you something factual and absolute about a person's personality. Because they are constructed and 'marked' in a statistical rather than interpretive method, they can only ever be treated as giving a hypotheses of what an individual 'might' be like - a hypotheses which then has to be validated in conversation with the individual. This is very different from aptitude and ability tests, e.g. numeracy, spatial reasoning, critical reasoning etc, which are closer to a true 'test' that yields a score that is meaningful in its own right. As far as I am aware there hasn't yet been a personality instrument created that has a Predictive Coefficient (i.e. the statistical measure defining that it accurately predicts behaviour or results) that would allow anyone to reliably use it for selection. I am not saying that personality profiles they are irrelevant or useless. Indeed they make one of the best counselling bridges for selection, assessment and development, but asking them to more than that is to not understand them at all.

Like all tools, personality profiling is often poorly applied. Some people expect the tool to do all the work. However, as with all tools, the person operating it is also a factor. Much like a meeting or an interview, a personality report can help two strangers get to know each other a little better. It provides both of them something relevant to talk about. "Interviewing job candidates" has never been validated nor has it been statistically proven to have a Predictive Coefficient and yet no one would ever hire a candidate without interviewing them first. The interview carries more weight and influence in the recruitment process than all the other tools added together, yet it is deeply flawed. People arrive at interviews with all kinds of baggage and prejudice and leave interviews with nothing but subjectivity. Used properly a personality report can help improve how the interview is managed.