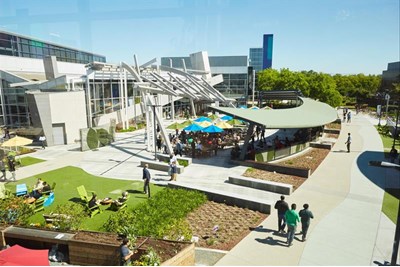 High levels of discrimination based on gender, ethnicity and neurodiversity persist in the technology sector, according to research

The BIMA Tech Inclusion & Diversity Report 2019 found that over a fifth (22%) of tech professionals surveyed felt they had been discriminated against in some way. This number rises among female respondents, of whom 35% said they believed their gender has negatively affected their career progression.

When it came to ethnicity, 40% of Afro-Caribbean and mixed heritage and almost one third (31%) of Asian and Southeast Asian respondents said they have experienced negative discrimination as a result of their ethnicity.

Almost a quarter (24%) of neurodivergent employees (those with autism, ADHD, dyslexia or dyscalculia) reported discrimination. The research pointed out that this is especially troubling for the tech industry, which has twice the UK average of neurodivergent people in its workforce.


The report also explored mental health issues. It found that stress levels within the sector stood at 66%, higher than the UK workplace average and equal to those reported in the health service. Thirteen per cent of workers reported that their daily lives are affected by symptoms including headaches, anxiety attacks, sleeplessness, indigestion and continual tiredness.

There were more encouraging findings when it came to the sector's openness to people from different educational backgrounds. Three in ten (30%) respondents did not attend university, one quarter (23%) are self-taught and one fifth (20%) are from C2DE backgrounds (the three lowest socio-economic groups).

Nadya Powell, chair of the BIMA Diversity and Inclusion Council, said the findings should encourage the sector to act. "The findings of the BIMA Tech Inclusion & Diversity Report compel us to action – it provides a clear sign-post on what to do next. Within the tech sector we have a mental health crisis and discrimination is rife; we must act before more lives are affected," she said.

"There are green shoots – the barrier to entry is much lower than other industries, creating a genuine opportunity for diverse individuals to transfer into the industry, at whatever stage of life. And neurodivergent communities are choosing tech as a sector where they can potentially thrive. So let's honestly confront both the challenges and the opportunities, and together build an inclusive tech sector open to all."

The BIMA Tech Inclusion & Diversity Report 2019 provided actions for both employers and individuals under each of its key findings. It also lists the top six practical steps to create a more diverse workforce, including making sure initiatives are underpinned by data from diverse groups in the workforce not assumptions, and prioritising supporting managers to spot and understand issues faced by their teams.