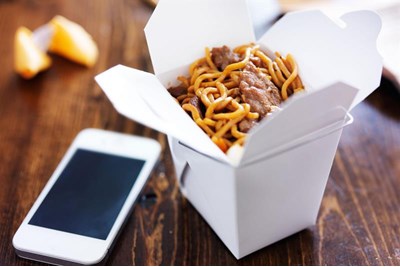 Business models that rely on self-employed contractors would have to restrict the flexibility they offer if they were forced to directly employ people, according to Dan Warne, managing director of Deliveroo.

Warne appeared before the Work and Pensions Select Committee’s inquiry into self-employment and the gig economy yesterday, alongside representatives from Uber, Hermes and Amazon.

Speaking at the inquiry, Warne defended Deliveroo's business model. “If they [Deliveroo drivers] weren’t self-employed we couldn’t offer them the same level of flexibility that we currently do,” he said. “We know they value it, but if we made them employees we would be restricted from providing them with some of the benefits our business likes to provide.

“Even those that work significant hours for us have flexibility they wouldn’t have as an employee, and that is a major reason they choose to work for us,” he added. “If they don’t show up for work there are no repercussions.”

However, the panel drew attention to a line in Deliveroo’s contract that states people are not allowed to take Deliveroo to court over their employment status, and questioned why such a clause would need to be included.

“In practice this is not something we enforce,” Warne said in reply.

The Committee is exploring the support that 'gig economy' companies offer their self-employed workforces, the extent to which they feel that they are responsible for providing support and whether they would like to provide more, and how likely 'gig' workers are to have to rely on the welfare system.

The inquiry coincides with research from Aegon that found many self-employed people are not taking adequate steps to prepare for their future retirement. The self-employed are excluded from auto-enrolment.

When it comes to planning, three-quarters (75%) of UK self-employed people are not regularly saving for retirement, placing them second bottom out of 15 countries surveyed. Just 15% of those polled said they felt very optimistic about having money to live on in retirement.

Kate Smith, head of pensions at Aegon, urged the government to "plug the gaps" by extending auto-enrolment "to groups who currently miss out on an employer pension contribution, including the growing number of gig economy workers".

"Without this the schism between the privately pensioned and unpensioned will continue to widen and the government will have to look seriously at how it ensures these people reach retirement age with sufficient savings," she said.