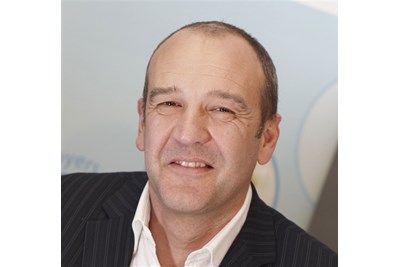 An article in the Daily Mail late last week, about the increasing feminisation of the medical workforce has produced much debate, derision, anger and upset.

Now, you may think that the increasing feminisation is clearly a good thing, something to celebrate. That the NHS is showing leadership by encouraging more women to take on roles as doctors. That HR policies, recruitment and selection practice, and increased understanding of equality and diversity were finally working. You may think this would be an article that welcomes increasing equality as we move towards an even split of men and women in the medical workforce.

If you thought all these things, you would be wrong. Very wrong.

In his article, The Royal Marsden senior surgeon Professor J. Meirion Thomas paints a bleak picture of gender equality, saying: "I fear this gender imbalance is already having a negative effect on the NHS. The reason is that most female doctors end up working part-time, usually in general practice, and then retire early.

"As a result, it is necessary to train two female doctors so they can cover the same amount of work as one full-time colleague. Given that the cost of training a doctor is at least £500,000, are taxpayers getting the best return on their investment?"

Despite a number of inaccuracies and assumptions in his article, there actually is a debate to be had here. However, that debate is about understanding our changing society and the appropriate policy response for those taxpayers, many of who are women.

It's about asking why it's taken so long and why, despite progress in medicine on gender diversity, other professions lag so far behind. It's a debate about how medical education is responding to a society that wants all its citizens – men, women, black, white, straight or gay – to have equality of opportunity. To ensure that they don't face discrimination and that we maximise the most gifted, whatever their background, to get the very best people into demanding jobs so that we can provide better care. To design jobs in ways that will attract people into them.

That's the debate. This should be a celebration of thoughtful planning, not a condemnation.

As it happens, women make up only 66% of the part-time medical workforce and part-time women tend to work more hours than part-time men. According to NHS Employers estimates based on 2012 staff numbers, taking full and part-time together, only 5% of all women work less than 20 hours while 83% of women work 30 or more hours. So you don't need to train two women for every man. We have developed flexible working practices to ensure we can attract and, importantly, retain talented staff.

The article also uses the oft-misquoted cost of training, assuming that all trainees are paid salaries solely for training, when we know that there is a considerable element of service delivery within the costs. Trainees work as they learn, treating and caring for patients.

The article failed to acknowledge important issues on quality of practice, for example those stated in this BMJ Careers article from January 2012:

"Despite the fears propagated by the media, more women in the medical profession could lead to safer practice. A review of complaints received by the National Clinical Assessment Service (NCAS) shows that women are less likely to be subject to disciplinary hearings."

Commenting on the study, Rebecca Field from NCAS said that women take a more caring and cautious approach to patient care. "It also doesn't cover other studies that women's communication style has been shown to improve health, increase patients' adherence to treatment recommendations and decrease the chances of medical malpractice and achieve greater patient involvement," Field said.

The Daily Mail article said that women tend to avoid the more "demanding" specialties, suggesting they lacked the commitment to succeed. But this is typical of the debate about the lack of women in some occupations or the lack of women in leadership positions. It presupposes the onus is on women to change rather than ask the more obvious question of why certain cultures or roles or specialties are intolerant of women and what we need to do to change that.

We know that when we improve diversity, when we get better gender balance, we get better service and results. That presupposition about women needing to change to fit in or contribute should be the scandal!

It is also unfair to assume family-friendly policies are a women's issue. We should be asking how, as a society, do we ensure more men are able to spend time with their families, rather than burdening women with the, often forced, choices. Legislation has paid its part to facilitate this and I know many men who work reduced or compressed hours to achieve this, but it's still too unusual.

The real debt to society

The article went on to say: "For my part, I believe medical school places should be given to those most likely to repay their debt to society." Presumably this is an attempt to disguise a belief that, despite women doing better academically at A-Levels, it is men rather than women who should have first call on medical school places? This seems bizarre. If you followed that logic we wouldn't educate boys at all because they don't do as well at school and, therefore, are a burden? But what does the article mean about repaying debt to society? Are we talking here about the financial cost of training debt – the £500,000? But the debt to society is different, isn't it?

Now I'm no medic, so apologies if I have this wrong (I didn't do very well at A level), but as far as I'm aware, only women are biologically able to conceive and bear children? I don't think I will ever be able to repay the debt I owe the mother of my children for the sacrifice she has made, for the time she has had to take out to care for them, nor do I believe it is a debt we as a society can even begin to quantify. But, I do know that it is right to ensure we support employment practices that allow people to flourish and contribute to our society.

Let's not knock the contribution of women, but welcome the remarkable progress in the way views about the role of women has changed and the way employment practices have embraced this. When we have significant under-representation of women in Parliament, in business and in the senior judiciary, let's celebrate this remarkable generational achievement that acknowledges and celebrates difference.

Some people are women, get over it.

Dean Royles (pictured) is chief executive of the NHS Employers. He is also a blogger for HR magazine.