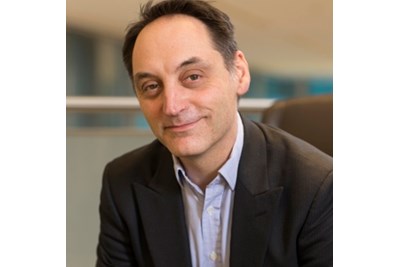 Experience of life on the client side has enabled Tim Payne (pictured) to bring innovation and energy to his role at KPMG. He explains why his past lends him a unique level of respect when advising, and how data is making the future of HR uncertain.

The career path of going from HR director to consultant is a well-trodden one. Moving the other way, slightly less so. Performing both functions in one company and in one role is even rarer still. But for Tim Payne, partner and European HR director at professional services firm KPMG, internal practice and external consulting go hand in hand. After all, who better to give advice on HR than someone already living it?

"Clients value that I come from a position where I'm 'doing it to myself'," Payne says.

A rich and varied career has set Payne up well for this fusion of HR practice and consultancy.

Trained as a psychologist, he worked in consulting at a smaller agency before joining KPMG in 1997 for his first spell there. Payne's first in-house HR experience came as head of learning and performance at Japanese investment bank Nomura in 2002.He was "wooed" back to KPMG in 2004, initially working in the firm's transactions advisory practice as the "thought-leader around people issues in M&As and demergers".

"I carved out a niche helping clients think, in the lead-up to a deal, about cultural differences, bringing top teams together and communication," he says. "Doing integration work is like a mega-compressed MBA. You have to understand not just HR, but the supply chain, the finance function, the purpose of head office versus operating units, the dynamics around transaction, and so on."

A sideways step took Payne into KPMG's HR function, where he worked his way up to European HR director, and then to the board and executive committee in 2011.

In late 2012, a KPMG report, produced in conjunction with the Economist Intelligence Unit (EIU), revealed that only 17% of business leaders believe HR does a good job of demonstrating its value.

Failing to add demonstrable value to the business is not something Payne could be accused of, although he does acknowledge that "establishing [himself] quickly as a credible board member was a challenge".

"I didn't have a traditional HR background in terms of being a generalist or a business partner," Payne says. "But what I did have was a strong grounding in business issues, a good insight into HR issues and the credibility of having been 'in the business'. Those three things made it much easier for me to operate at a senior level in HR and get the respect of my fellow partners."

One of Payne's first initiatives after moving into the internal HR function at KPMG immediately grabbed headlines.

"It was just after the Lehman Brothers collapse and a tricky time," he recalls. "There was a strong cost management agenda and the question was do you make redundancies, or do you try to do something more creative to hang onto the talent you are going to need when the upturn comes along?"

KPMG's Flexible Futures scheme, which was supported by staff, allowed management to invoke four-day working weeks or four to 12 week sabbaticals at reduced pay. "It was high profile and risky, but it paid off," Payne says. "We saved about 100 jobs and 86% of staff voluntarily signed up."

Such bold moves are typical of a man who is used to coming up with solutions for clients and implementing them fast.

"From my client-facing days, I've tried to bring a sense of urgency," he says. "In any large organisation, it can take a long time to get things done, but in my client days I learnt you could make things happen fast if you had energy, resilience and were a bit pushy.

"I have high expectations of the people I work with. When you're working with clients, there's no room for anything but excellence, and it should be the same internally."

Payne is also keenly aware of the need for a compelling business case. "Too often, there's a strong temptation for HR functions to fall into the trap of doing things because they are seen as best practice. That is not good business, there needs to be a genuine value-add," he says.

For business to see the value of HR, and for HR to gain more influence at the upper echelons, Payne believes harnessing data and analytics is vital but urges caution.

"Data analytics is where HR will go, I have no doubt," says Payne. "HR is grasping onto the concept of HR analytics because we are insecure as a profession. We are craving acceptance and respect from our business clients, and we think HR analytics is the way to get that because it's got numbers in it.

"But we are woefully underprepared to take advantage of it. The basic maths and statistical skills just aren't there in HR functions."

According to the KPMG/EIU report, there is a long way to go. Only 15% of respondents found HR able to provide insightful and predictive workforce analytics, and that's before even considering 'big data'.

For HR to fully take advantage of analytics, Payne believes it needs three things: "the ability to crunch numbers, get data and think like a scientist".

"Data analytics is there to help you test hypotheses, not just throw a load of data at the wall and see what sticks," Payne says.

As a trained psychologist, Payne has a healthy respect for evidence and research, but admits to being "a little bit schizophrenic" around the future of HR analytics. "It all sounds so easy [according to HR systems vendors], but the ethical pitfalls, especially with European employment law, means it is not that straightforward," he says.

"What happens if your algorithms predict this person is likely to leave in a year. Do you underinvest in them or do you try to change their mind? It's not that simple."

Payne says HR is "at a crossroads" and the function could evolve in one of two ways.

"An HR function could look very different in four years' time, with a large component of HR analytics professionals and supportive systems. You're trying to get to real-time HR, running data constantly, reacting and predicting. HR now isn't in real time, it's at best six months ago."

And the other scenario: "HR becomes slimmed down to an admin function and all the interesting data analytics goes elsewhere, to the COO's office or even finance, which would be a shame as finance might have the crunching capability, but it doesn't have the empathy or what it takes to manage people.

"Some HR functions will end up grasping the nettle, and others will fall by the wayside."

Payne is determined to lead an HR function that won't fall by the wayside and spends much of his time learning best practices from fast-growing tech companies and entrepreneurs. KPMG recently became the first of the 'big four' professional services firms to open an office in Shoreditch, near the tech hub nicknamed Silicon Roundabout.

"As those start-ups grow, expand and become a more important part of the economy, HR analytics will be second nature," he explains. "They don't think about HR in the way we think about HR. For them, HR is more social, analytical, online, connected and transparent. Big companies are still cagey about sharing salary data, but you can find it out on (the website) Glassdoor. Multinationals have the legacy of many different systems, more process, more history - it's a harder change for them to make."

Grasping the nettle might be painful for those sectors without the natural skills or reams of data possessed by tech start-ups. "Those sectors will rely on external assistance for a while to come until they can create a culture of data analytics in their HR functions," says Payne. "They shouldn't underestimate how hard that's going to be."

But for getting advice, such companies could do a lot worse than listen to Payne.

"I am not a consultant who is advising but who has never had the pain of being an HR director," he says. "I am consulting from a position of reality rather than theory."