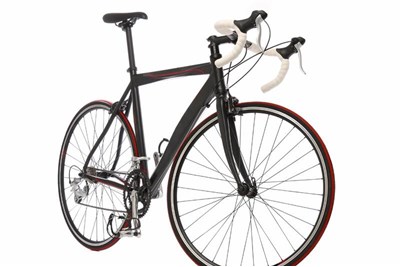 The cycle to work scheme generates at least £72 million in economic benefits for the UK economy and employers, through workers' improved physical fitness and the associated health benefits of that, according to a report from the Institute for Employment Studies (IES).

The Impact of the Cycle to Work Scheme Evidence Report found that more than three-quarters of a million people cycle to work in England and Wales. Although official data does not show an increase in the number of people cycling, the amount of cycling (in terms of miles travelled) is rising. The report linked cycling to work with reduced incidences of diabetes and coronary heart disease, and a protective effect against certain cancers.

The £72 million figure was arrived at by IES assuming a modest impact on amount of additional cycling among those who take part in the scheme and that just 5% of participants, 9,200 people, cycle for 30 minutes more a working day. This, it calculated, would deliver a benefit from reduced absence and increased physical fitness of £72 million a year.

Steve Edgell, chairman of the Cycle to Work Alliance and director of Cycle Solutions, said: “This study has considered a huge range of evidence, all of which highlights the immense £72 million in benefits that cycling to work offers the economy. In particular, the social and economic benefits resulting from the cycle to work scheme make a compelling case for employers and government alike to throw their support behind it.

“In addition to the economic contribution, the research further illustrates the crucial role the scheme plays in increasing how much people cycle. It confirms that the cycle to work scheme is a vital mechanism in meeting the government’s objective of doubling cycling activity by 2025.”