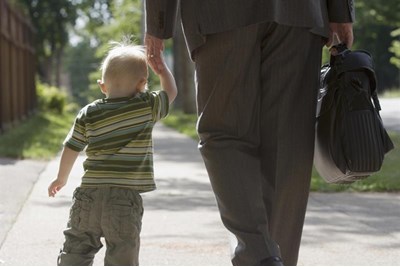 Current workplace policies are failing to provide adequate support for working fathers, according to a new report from the Women and Equalities Committee.

The report outlines that existing policies which aim to support fathers in the workplace fall short on what they promise, particularly for less well-off fathers, and has called for reforms to better meet the needs of 21st century families.

Its findings show that rights to flexible working and shared parental leave have done little to drive the cultural change needed to allow fathers to have a more active role in childrearing.

The committee has recommended a number of policy changes. This includes the provision of 12 weeks’ standalone fathers’ leave in the child’s first year as an alternative to shared parental leave, following the government conceding that the scheme has had minimal take-up and will not meet its objectives.

“The evidence is clear – an increasing number of fathers want to take a more equal share of childcare when their children are young but current policies do not support them in doing so," said Maria Miller, MP and chair of the committee. "There is a historical lack of support for men in this area, and negative cultural assumptions about gender roles persist.

“While the government has taken positive steps forwards and has good intentions, workplace policies have not kept up with the social changes in people’s everyday lives. Outdated assumptions about men’s and women’s roles in relation to work and childcare are a further barrier to change.”

Committee member Gavin Shuker MP commented that “we need to tackle these attitudes”.

He said: “Fathers’ attitudes to caring for their children are changing. They are carrying out a greater proportion of childcare than ever before but are still doing less than half the childcare that mothers do. We were concerned to hear that men simply don’t feel able to ask their employers for leave or flexible working due to a macho culture or for fear it will harm their career prospects.

"Family-friendly government policies are unlikely to be effective without a cultural shift," he added. "It is very important – and only fair – that fathers of all incomes have an equal chance to bond with their children in the same way as mothers.”

The report also recommended that the government introduce policies for statutory paternity pay to be paid at 90% of the father’s pay; introduce legislation to make the prime minister’s call for all jobs to be advertised as flexible from day one a reality; make workplace rights for fathers who are agency workers or self-employed the same as for employed fathers; and give paid time off for fathers to attend antenatal appointments.

“For years mothers have downgraded their careers, and now fathers, desperate to take an active part in family life, are beginning to do the same, saying ‘no’ to a new job or turning down a promotion," she said, citing Working Families research that found that one in five parents (18%) have deliberately stalled their careers, more than one in 10 (11%) have refused a new job, and one in 10 (10%) have rejected a promotion, because of limited work/life balance opportunities.

"This ‘parenthood penalty’ must be reversed," said Jackson.

She added: “Introducing the committee’s key recommendations – properly paid paternity leave that's a day one right for fathers, and introducing paternity allowance for self-employed fathers, for example – would send a strong signal from government about the integral role of fathers in their child’s first year."

Jackson added however that there is no reason the committee’s call for new, extended paternity leave shouldn’t be introduced alongside rather than in place of the Shared Parental Leave scheme.

She added: “Crucially, the committee recognises that efforts to enable father involvement will fail if, upon their return to work, fathers cannot work part-time or flexibly because those jobs simply aren’t available and their workplace culture is hostile to their ambition to share care of their children."

The committee's report and recommendations come as the deadline looms for businesses to publish their gender pay gaps. A separate Women and Equalities Committee report on the gender pay gap found that sharing care between fathers and mothers is key to reducing the gap.