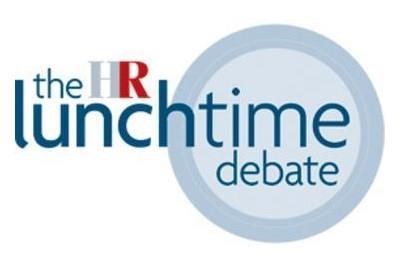 Quite agree about the importance of fun in the workplace. At Great Place to Work we've been researching workplace cultures for around 30 years and 'camaraderie' is known to be an important element. ...

One of the main benefits of creating a fun working environment is generating a culture of creativity, according to Manchester Business School professor of organisational psychology Cary Cooper.

Cooper was speaking at the HR Lunchtime Debate webinar, supported by BrightHR, about the benefits of playful workplace cultures.

"Why should we always have to dress up and wear ties?" Cooper asked. "We need to have more informality in the workplace, and for that trust is the crucial issue. When you have managers who are giving praise and rewards for good jobs, rather than fault finding, it enables people to become creative."

BrightHR co-founder and CMO Paul Harris added that freedom leads to innovation. "Creativity is my drive," he said. "We don't want to be average, we don't want to be mediocre, we want to innovate. However, you can't innovate if creativity is stifled. It's really important to create an environment that allows people to have fun but also feel empowered."

Cooper said he believes that it is the role of senior managers, and not HR, to implement a fun workplace culture.

Holiday Extras’ associate director, performance and development, Carolyne Creed added that workplaces are beginning to adapt to the notion of work being fun, albeit slowly.

"It is happening, but in baby steps," she said. "We want people to enjoy their time when they are there [at work], but also to be able to take the time out to regenerate.”

The panel also discussed the expectations of young people in the workplace. Cooper suggested that without considering the benefits of a fun culture a company would be unlikely to attract and retain millennials. "The younger generation just want us to lighten up," he said. "They are highly mobile and they don't have to stay, so they will get out if your workplace isn't a fun place to be."

Harris added that power is shifting into the hands of the younger generations. "If you don't offer them the culture they expect from you they'll just go somewhere else," he said.

The HR Lunchtime Debate was screened live at 1pm on January 13. The on-demand video will be available from HR magazine in the coming weeks. We will also reveal the results of the live interactive polling in a future issue of HR magazine.

Quite agree about the importance of fun in the workplace. At Great Place to Work we've been researching workplace cultures for around 30 years and 'camaraderie' is known to be an important element. Critically, and more objectively, it helps create team spirit, co-operation, collaboration and innovation. it also creates the kind of culture where achievements - individual, team and organisational - are celebrated. It's impact on performance and productivity is so important many of our clients focus quite specifically on creating and maintaining a 'fun' environment. Admiral's 'Ministry of Fun' is a well-known example. But it's not just about partying . 'Fun' is just the tip of the iceberg when it comes to workplace cultures. You can't enforce it - it won't work if people are feeling under-valued, overworked or less than positive about the organisation. We published a report on the back of the 2015 global Best Multinational Workplace awards where camaraderie was found to be a key factor for the 25 successful organisations. http://www.greatplacetowork.co.uk/best-workplaces/worlds-best-multinationals/report-company-as-community