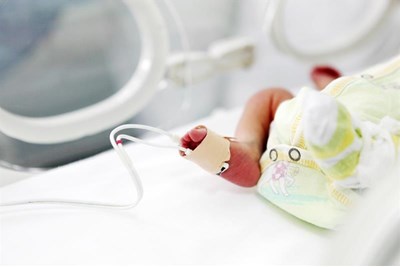 The council is speaking with numerous other local authorities interested in following its example of offering extended leave to staff who are parents of premature babies.

“Our HR department has been inundated with calls from other councils asking how we’ve done it and what they need to do to get going,” Waltham Forest councillor Clyde Loakes told HR magazine.

“It isn’t hard or expensive to do. Statistically, and thankfully, it affects only a small number of parents. And we can help them to have one less thing to worry about during a very difficult time and to be able to concentrate on that special time at home once they leave hospital.”

Since 1 January employees at the council have been entitled to an extra week’s maternity and paternity leave and pay for every week their premature baby spends in hospital. The council believes it was the first local authority in the UK to introduce such a policy.

Currently parents are entitled to 52 weeks' leave, which is triggered the day after a child’s birth, meaning that in cases where premature babies have to spend the first weeks or months of their lives in hospital there may be little leave left once they come home.

The move by Waltham Forest Council has been welcomed by charity The Smallest Things, which campaigns on behalf of premature babies and their families.

Founded by Catriona Ogilvy, who spent her first months of maternity leave in hospital after her son was born 10 weeks prematurely, the organisation is petitioning for the government to legislate to extend statutory leave and pay according to the number of weeks premature each baby is born. More than 172,000 people have signed the petition so far.

Loakes said: “This is something that councils can quite easily introduce. When you read about this and begin to understand what some people have to go through you have to act. And we are able to make a difference to people’s lives immediately.”

He added that the council is “using the clout of local government” by asking its contractors and partners in both private and public sector organisations to follow suit, where possible, and extend leave and pay for their staff.

Loakes said: “Once you hear the stories, and about how some employers treat some of these parents at what is an incredibly difficult time, you can’t fail to use the tools at your disposal to try to make a difference.”