Could the remote economy deliver the next age of deindustrialisation? 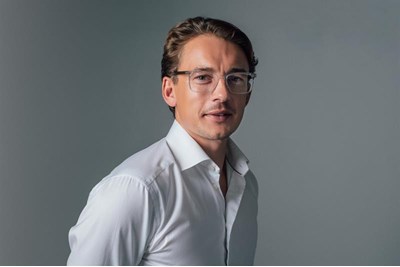 COVID-19 has completely changed the current landscape for the remote economy and knowledge workers.

Leaders are increasingly trusting their employees to work remotely, and the majority of businesses have even seen a productivity rise.


This incredible shift means that the remote economy is set to boom. It will drive the most dramatic redistribution of wealth and prosperity across countries and the globe since deindustrialisation, as large swathes of knowledge workers and businesses become untethered.

Here are six trends that will emerge as a result of this shift.

Megacities to fall from grace

In 2015, The Economist predicted that nearly a tenth of the world’s population would live in megacities by 2030. We can now expect this trend to stop and go into reverse as knowledge workers and businesses will seek to move away from major conurbations and commuter towns to smaller cities and more rural communities with lower living costs and a higher quality of life.

The idea of a company office for all employees is dead

Knowledge-based businesses currently spend roughly 15% of their gross income on rent. Now businesses will likely stop wasting time and money on maintaining a permanent space for all their workers.

Instead, we can expect to see the traditional co-working model disrupted in favour of more flexible work and meeting space options such as renting office space by the hour.

The rise of global remote employment

New platforms will enable businesses to employ people compliantly, anywhere in the world, without having to set up their own legal entity and infrastructure.

Say hello to the micro multinationals

Typically, we associate multinational corporations with medium to large businesses. But, released from the constraints of the traditional office, expect to see an increasing number of small businesses go international to access the best talent, partners and growth opportunities.

The price of property surrounding and in megacities has scaled to insane and unsustainable heights - this is all set to change. The Guardian recently reported how real estate agents in the UK have had a boom in enquiries from homebuyers plotting a move out of the city to smaller towns and rural communities as people conclude that home working is here to stay. Expect megacities and their commuter towns to see a sensible price correction as a result.

According to Centre for Research on Energy and Clean Air, the lockdown measures in London have resulted in a 40% reduction in nitrogen dioxide and a 10% reduction in tiny particulate matter – known as PM2.5 – delivering real benefits to people’s health and wellbeing. Expect people to be reluctant to give up these transformational environmental improvements.

Past deindustrialisation wreaked havoc on the social and economic landscape of countries worldwide, as industrial heartlands collapsed, and megacities ballooned in size due to growth in the service economy.

Yet, the rise of the remote economy offers the chance to redistribute wealth and prosperity in a way that benefits society and the environment more widely.

Wealth and prosperity will be spread further afield and this concentration in megacities will be diluted - rarely does such a win-win situation present itself. Here’s to the remote economy and the opportunities it presents.

Brendon Craigie is co-founder and managing partner at Tyto