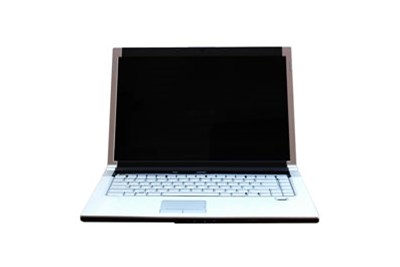 You don’t build a business. You invest in building your people and people build the business for you. Would welcome your thoughts on the Future of Work and how it is going to be.

The workplace today has changed beyond recognition; new technology is continuously bringing efficiencies to our way of working. However, one thing remains constant - the performance appraisal process.

Let's be fair though, there have been a few notable advancements in performance appraisals since the 1950's. The first variations came with the introduction of Management by Objective (MBO) later referred to as Management by Results (MBR). The 1980's saw a move towards competency based evaluation. Then, as a way to inject objectivity, 360 degree feedback became popular in the 1990's. However, the fundamentals have remained the same; the manager is ultimately responsible for giving the employee feedback.

Now, consider Generation Y for a moment, will they be content to wait for their annual or bi-annual review to find out how they're doing? Probably not! Their world is a sharing world - it's instant and on tap. They're part of a new generation where continuous communication and collaboration is the norm. This surely begs the question; how can we align the performance management process with today's social way of thinking and communicating? 'Social' is already working in other HR processes; recruitment and learning for example. Is it time to add performance management to the list?

Per Fragemann founder of Small Improvements, a social performance cloud based platform, certainly thinks so. Fed up with using a traditional appraisal process, he decided to create his own. "Back in 2009 I managed a team of 20 people, but the tool we used for reviews just killed me. The more staff I got, the worse the user experience. What's more, we wanted to do reviews more frequently to avoid the once a year terror. We wanted to be able to share some of the feedback and parts of the objectives with other staff. We were able to create a system that puts the end user first." says Per.

Social performance management fosters a supportive and collaborative work culture where your employees are primarily responsible for requesting their own feedback, not annually but daily in real-time. Feedback then becomes interactive, timely and focused. By using social HR technology, constant feedback is streamlined between manager and employee. The result …… the employee becomes more engaged and the manager gets meaningful, real-time information to improve performance immediately.

Let's take it a step further and add goals to the equation. With the accelerating speed of change in organisations and the demand for quick responses, annual goals or objectives can quickly become obsolete. Social goals, on the other hand, evolve and change in real-time. Goals are worked on collaboratively across teams and the organisation as a whole. Individual performance is monitored continually and has direct relevance to results. Teams can rally around goals in an easy, open and social way. Teams stay focused on what really matters and individuals are encouraged to work towards driving the key targets that impact the business. Furthermore, employees are publicly recognised or instantly rewarded for their contribution and achievements. The result …… employees know how they're doing; they feel more motivated, focused and accountable.

And what about coaching - a key element of performance management? The traditional appraisal process makes the assumption that the manager is a good coach. With a social performance management process, coaching becomes collaborative, not just top down. Employees are actively encouraged to ask for help throughout the organisation's network. Colleagues, not just managers, give support. The result …… knowledge is shared across the organisation and coaching becomes an on-going, collaborative process.

So, who's already embracing the concept of social performance management? There's now a new generation of companies learning to manage a new generation of workers. Companies like Facebook, Spotify, Linkedin and Atlassian have abandoned a traditional performance appraisal process in favour of a social approach. However, don't be fooled into thinking that it's just innovative techy companies who are changing their approach to people management.

Sunrun, a solar energy company with 200 employees was previously using a traditional competency based appraisal process. Eight months ago they introduced Rypple, a leading social performance management platform. Lee Goldin from Sunrun says "It's great for putting ideas out there, you can unveil objectives to the whole team, ask for opinions and suggestions and then work on them together. We do 360 feedback each week, it's like the Facebook honesty box of work."

There's no doubt that social HR technologies have the potential to revolutionise the management of people. However, you may be thinking that a social approach to performance management is too radical for your work culture. Indeed, it may not be the right answer just now but think carefully when re-designing your performance appraisal process. Consider the work culture you want to create; a collaborative, supportive work culture doesn't fit snuggly with a traditional appraisal process. Collaboration, instant feedback and on-going coaching are quickly becoming the norm in the workplace. If you don't re-think your performance management process soon, in two or three years, your organisation could well be lagging behind.

You don’t build a business. You invest in building your people and people build the business for you. Would welcome your thoughts on the Future of Work and how it is going to be.